Anapafseos Street (Lionakis property), Chania. Efthymia Kataki (ΚΕ’ ΕΠΚΑ) reports that in 2009, the Ephorate proceeded in the partial deconstruction and backfilling of the antiquities that were present in the Lionakis property. The piles of stones and the fragmented parts of walls and earthen floors were removed up to the level of the natural rock from the central and NE part of the excavation.  Apart from the abundant Hellenistic pottery which was collected, no other finds or antiquities were detected during the removal works. The water drain at the W part of the property (Fig. 1) and the settlement part in the SE (Fig. 2) remained in situ and were backfilled with sand. At least four construction phases were detected, dating from the Late Classical to the Late Hellenistic period (2nd half of the 4th-end of the 2nd c. B.C.). 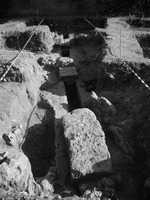 Fig. 1/ The drain with N-S orientation at the W part of the property Fig. 2/ Settlement remains at the SE part of the property