Key-words
Bath - Tomb - Inscription - Mosaic - Building Type - Find Type
Type of Operation
Excavation - Rescue excavation
Institution
Ministry of Culture and Tourism, Ε' ΕΠΚΑ
Toponym
Sparte, Sparta, Lakedaimon, Lacedaemon
Linked Record
2000
Report
Sparta. 98 Thermopylon Street (O.T. 122, G. and I. Katsichti property). E. Zavvou (Ε' ΕΠΚΑ) reports the completion of the second phase of excavation of this plot (see previously ADelt 54 [1999] Chr, 164) (Fig. 1: site 3: Fig. 2). During the first phase (reported in ADelt 52 [1997] Chr, 187−89), Byzantine architecture was uncovered, founded directly onto a Roman building and bath.
Continued excavation defined the different building phases and use of materials. The Byzantine buildings were founded directly onto earlier Roman structures and materials from the latter re-used, sometimes unmodified. The bath and other structures in the northern part of the plot (Fig. 3) are connected with discoveries made on the neighbouring property of N. Photopoulos to the east, and form part of a large Roman residence (cf. ADelt 51 [1996] Chr, 116−18; ADelt 53 [1998] Chr, 152−53). The owner, evidently a member of the Spartan élite, was a successful athlete to judge from inscriptions inside the crowns depicted on one of the floor mosaics in the bath, which identify the victors and the contests concerned. It remains hazardous to assign this residence to any Spartan athlete known from other sources.
In the west of the bath was the caldarium with its hypocaust. The suspended floor was constructed of three layers of terracotta tile bonded with cement and with cement on top to secure a marble surface. It was supported on 24 unevenly spaced pillars: after an initial construction phase using square pillars round the edges of the floor, structural correction was required and round pillars were inserted towards the middle. These round pillars were carelessly built using drums of different dimensions (one contained part of a marble kioniskos). One of them partially blocked the airway bringing hot air to the caldarium to the west. The caldarium basement had a pebble floor.
The walls of the bath were heated via a facing of tegulae mammatae, of which parts are preserved on the west wall of the caldarium, and through a gap between the suspended floor of the caldarium and its walls. Sections of tegulae mammatae were found in secondary use in various places within the Byzantine walls.
West of the caldarium was a second room with a hypocaust. A narrow opening allowed communication between them, and the two basement areas were linked by two air conduits. Room 2 had a floor mosaic, and beneath this an earlier cement floor on which were strong traces of burning.
The praefurnium, north of the caldarium, contained a large quantity of burnt matter. A channel brought hot air to the basement of the caldarium. In the initial phase, this channel was covered by a brick arch, meaning that the suspended floor must then have been at a higher level and that the floor uncovered does not belong to the first phase of the building.
A pool belonging to the frigidarium had a thick waterproof cement lining and was originally faced, probably with marble slabs. A low wall fenced it on the south and bathers descended into it by two steps. When the bath was abandoned in Early Christian or Byzantine times, a low stone and brick wall built around the pool closed off the outflow channel (Fig. 4). While it is difficult to interpret this later phase of activity, it clearly involved fire since there is burnt matter within the pool and traces of burning on its walls (although the caldarium cannot have moved into this area since no air conduits have been found).
Beneath the herringbone-tiled floor in room 4 was a cement floor laid over a course of rounded pebbles and cement. This sloped down to the south. A further floor of the same construction lay beneath it. Beneath this lay the drainage channel from the frigidarium, as well as a lead water-pipe. In the centre of this area was a rectangular bathtub, which should also be connected to the frigidarium.
Successive phases of construction are evident in room 5 (Fig. 5). A Roman floor mosaic with geometric decoration lay to the south of the south wall. Inside the room, a second cement floor lay beneath the substrate of the upper floor level and, beneath that, a brick wall with a cement coating and traces of marble cladding on the south face. Finally, in this underlying level a stone and cement wall was partially destroyed by the construction of a tomb (containing one burial in supine position, head to the west, and a small gold leaf).
Author
Catherine MORGAN
Bibliographic reference(s)
ADelt 55 (2000) Chr, 214−16
Date of creation
2010-12-06 00:00:00
Last modification
2018-08-22 09:24:33
Picture(s) 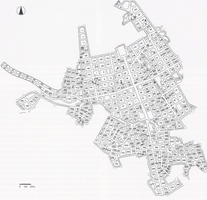 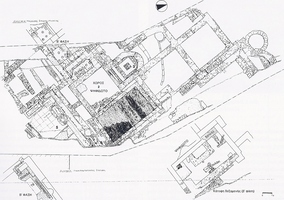 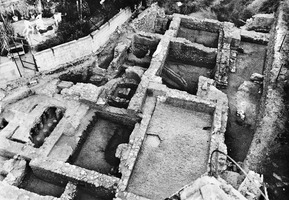 Fig. 3/ Sparta, 98 Thermopylon Street: view of the north part of the excavation from the south east. 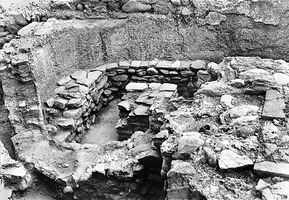 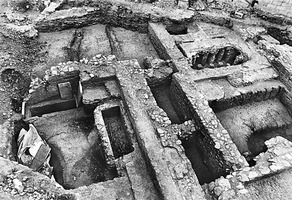