The prehistoric settlement occupied most of the plot apart from the NE corner. There was a destruc-tion layer at LHIIB, according to the pottery. The upper limit of this phase has not been defined.

The LHIII phase had traces of fire marking its destruction. The walls had been reinforced along the W side, and there was also a final repair phase on walls 4 and 5. 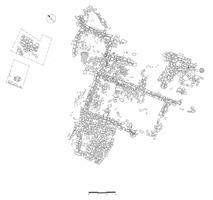 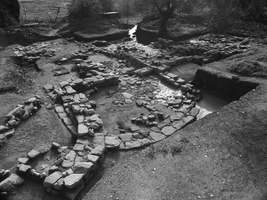