Thyrreio, Argyri plot. Maria Gatsi and Vivian Staikou (ΛΣΤ’ ΕΠΚΑ) report on discoveries made during the construction of a new reservoir and water supply network.

At this site a monumental tomb enclosure was found in a π-shape, containing cist graves (Fig. 1,2). Local stone was used for their construction. The E length of the enclosure (6m x 1m) is better preserved than the W (5m x 0.6m). The N side is 3.5m x 0.5-0.6m. The interior of the grave measured 1.9 x 0.6-0.7 x 0.9m, while its stone case was 1.07 x 0.65 x 0.80m. The graves were probably looted, but still contained the bones of three individuals with their skulls to N and lying on their backs. An iron nail, two bronze coins and a Roman lamp (2nd-3rd century AD) were found. From the embankment, sherds of the post-Classical / Hellenistic period were found, and it is thought that the grave was reused in the Roman period. 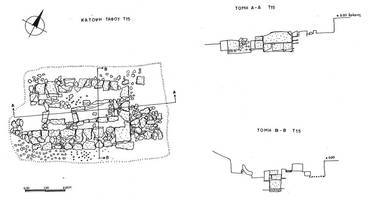 Fig. 1/ Plan and section of the enclosure and of grave 15

Fig. 2/ View of enclosure and cost grave 15 from SW