General Information
Record ID
1459
Activity Date
2000
Chronologies
Key-words
Road system/waterway - Inscription - Site Type - Find Type
Type of Operation
Survey
Institution
Ministry of Culture and Tourism, Δ' ΕΠΚΑ
Toponym
Archaia Epidavros, Palaia Epidavros, Epidavros
Linked Record
20002000 (1)2000 (2)2001
Report
Ancient Epidauros, road to the sanctuary. Ch. Piteros (Director, Δ' ΕΠΚΑ) reports on the cleaning of that part of the ancient road from the city of Epidauros to the Asklepieion which lies north of the sanctuary, from 2.5km after Klimaki until the site of Ag. Andreas or Galaneika.
The surviving middle part of the road is ca. 2m wide. The road remained in use into modern times, and runs along the side of a steep gorge, on the south side of the flood stream. The western part, near Klimaki, is partially buried under construction debris from the modern road between Corinth and Epidauros which runs parallel to it (a route down to the ancient road has been created at the 55km marker). Ancient wheel ruts were preserved in several places, and a roughly-worked stone square pillar is probably a road-marker (Fig. 1). The discovery at Klimaki in 1949 of an inscription − ΑΔΕ ΟΔΟΣ ΕΙΣ ΙΑ/ΡΟΝ ΚΛΕΙΝΟΥ ΘΕ/ΟΥ Ω ΠΑΡΙΟΝΤΕΣ − indicates that this was the route taken by pilgrims to Epidauros.
Author
Catherine MORGAN
Bibliographic reference(s)
ADelt 55 (2000) Chr, 192−93
Date of creation
2010-11-29 00:00:00
Last modification
2018-08-22 09:24:33
Picture(s) 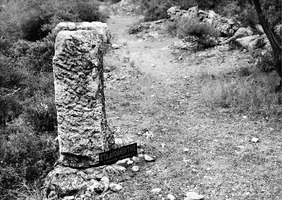 Fig. 1/ Anc. Epidauros: marker on the ancient road from the sanctuary of Asklepios to the city of Epidauros.