Toponym
Androussa
Linked Record
20122013
Report
Androusa castle. Evangelia Militsi-Kechagia, Michalis Kappas and Konstantinos Iliopoulos (26η EBA) report on discoveries made during restoration works.
Excavations finished this year in the W part of the site (Fig. 1). At the W end of the S wall, there was probably a farmhouse in more recent times built on the ancient wall.
Along the W end of the N wall, a stone structure was unearthed, probably part of a tower. Work was also conducted near the known SE tower, at the base of which a small drainage space to an underground tank was found. 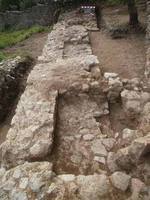 Fig. 1/ Exposing the W part of the S wall