Shipwreck Mentor, Kythera. Dimitris Kourkoumelis (The Ephorate of Underwater Antiquities) reports on discoveries made during the excavation of the shipwreck Mentor, first investigated in 2019 (Fig. 1).

Work continued on the western part of the surviving hull of the ship (Fig. 2,3). Many fragmented pieces of wood were discovered, suggesting a very intense destruction of the ship. Parts of the hull were found trapped under rock, indicative of the intensity of the waves caused in the area by the south winds (Fig. 4).

A number of wood and metal objects were found (Fig. 5,6,7,8,9), many of which were bolts, rollers, or sections of the mooring ropes. 35 whole pulleys have been found, while it is thought that a ship of Mentor’s size would originally have 120. It is likely that the stern and mast of the ship were once located in the area of the investigation. 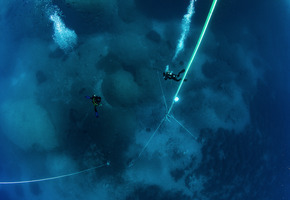 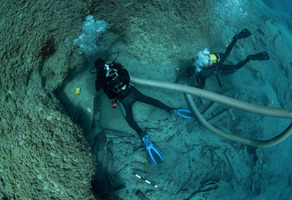 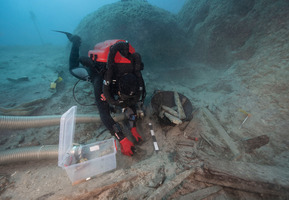 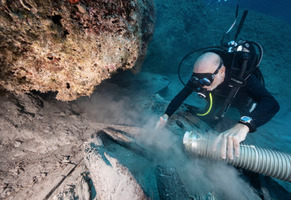 Fig. 4/ Excavation in the 2020 sector, where pieces of wood are seen lodged under the rocks 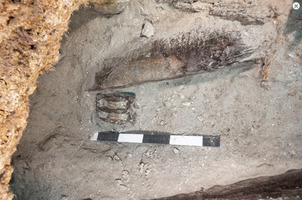 Fig. 9/ Wooden pulley, with part of its rope 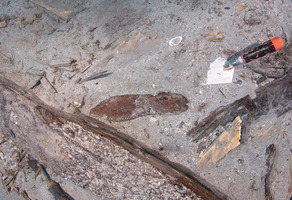 Fig. 11/ Section of a leather shoe 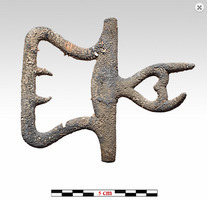