Section 1 — many architectural remains were identified at various levels, the majority of which were from the late Roman period. Tiles and mortar were found on the floor, and also some remains date back to the late archaic period.

Section 3 — a building complex (Fig. 3) of two rooms with equal dimensions was located. To the N was a stone sarcophagus. Among finds from this area were black and red figure ceramics, and fragments of Panathenaic amphoras and Attic ceramic sherds.

Section 4 — not enough is known about this area yet to ascertain its date and function. A pipeline was also identified, and some bronze pieces. 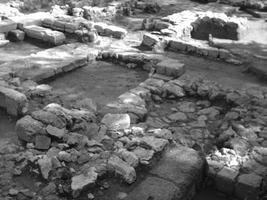 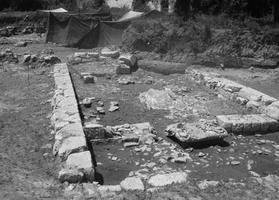