Pamfili plot (former Evelpidis building), Kanoni, Corfu. Goulielma-Kyriaki Avgerinou (H’ ΕΠΚΑ) reports on excavation conducted at this site between 2005 and 2007. Four buildings were brought to light, as well as fragments of walls that relate to buildings discovered 1960–1984, 1995–1997 and in 2004. These buildings date from the archaic to the Hellenistic periods.

Among the finds were two animal figurines of the geometric period (Fig. 1), a bronze statuette of a warrior from the classical period (Fig. 2), and sherds with geometric decoration dating back to the eighth century. More common though were seventh century sherds from Corinth or with Corinthianising designs. Sherds of the classical period and bronze arrowheads were dated by the excavators between 430 and 425 BC. There were also Hellenistic period figurines (mainly heads), Megaran skyphos sherds, amphora handles, and local coins of the fourth and third centuries BC. 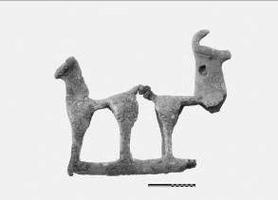 Fig. 1/ Figurine of two animals, dated to the geometric period