Vrysinas  Eleni Papadopoulou (ΚΕ EPKA)  and Iris Tzachili (University of Crete) report that the research was focused on the three terraces of the north and the northeast slope of mount Vrysinas (Fig. 1). At the uppermost terrace the area south and west of the church was investigated. In the west, the existence of significantly disturbed architectural remains was identified, along with a significant amount of Late Byzantine glazed incised plates and cups, that belonged to the oldest construction phases of the church. Remains of the construction phases of the church were also found, among which there was part of a Late Gothic pointed arch and sporadic Minoan finds.

However, important evidence related to the religious centre arose at the south side of this very terrace.  An enclave with Middle Minoan pottery and an oval-shapped rock were discovered. It is mainly round-tipped, and on the upper surface a hollow man-made structure can be seen, while it is surrounded by deep corrugations at the north and south sides.

Emphasis was given to the flat plateau in the middle by opening additional trenches, where a large concentration of portable finds and undisturbed stratigraphy were discovered. The stratigraphy in all excavation squares of the second plateau remained the same, with two main layers and the natural being the third one. From the Middle Minoan layer derived concentrations of figurines and vessels. Additionally, an area with an abundance of fragmented pottery which is related to certain disposal acts in the framework of ritual was detected.

From the third and wider terrace, which was the excavation site of 1972-1973, derived a multitude of human-shaped figurines, female and male, effigies of human body parts, a sufficient amount of animal-shaped ones –some of which were miniatures-, as well as  a considerable amount of pottery  (Fig. 2). At the same time, parts of terracotta plaques applied with birds and double horns, as well as terracotta globules , came to light.  Among the objects that were found in this area, was also a bronze worshipper (Fig. 3), miniature models of double-headed axes made of bronze foil (Fig. 4) as well as some bronze fragments, potentially of dagger models. From the same terrace, a significant amount of lithic objects (two steatite tables, two small deep bowls and a possible Egyptian vessel, parallels of which are dated to the period of the Old Kingdom).

An important find of 2011 is the four-sided stone seal, which has Minoan hieroglyphics inscribed on all four surfaces (Fig. 5). It was made from red steatite and it is dated probably to the MM II period. This is currently the sole evidence of the oldest Minoan script in western Crete. The symbols, excluding the last one on side δ, are distinct and fully recognisable. The coexistence of symbols 044-049 on side β is the most popular combination in Cretan Hieroglyphics and is encountered in 61% of similar prismatic seals.

It is therefore concluded that the Vrysinas seal on one hand falls into the established themes found in the entire Crete and on the other hand presents novelties, since in the other sides of the seal new groups of hieroglyphic symbols are distinguished, while symbol 072 on side γ appears for the first time in a seal or sealing.

During these two excavation periods, the animal-shaped terracotta figurines continued to comprise the largest category of finds. Bovids, usually compact and handmade, are predominant. However, hollow as well as double-headed taurus figurines, a rare type of votive offering in most peak sanctuaries of Crete, are also identified. Meanwhile, fragments of terracotta plaques with applied male figures have been brought into light, as well as figurines of birds and double horns, obviously deriving from syntheses. The man-shaped figurines usually surpass 0.10-0.15 m. in height. For the time being, female ones outweigh male ones, being distinguished for their large typological variety with an emphasis in elaborate hairstyles, hats and dresses. Among the finds, phallus effigies, clay marbles, and snake effigies as well are found, while votive offerings in the shape of human body parts are rare.

The pottery is mainly known for its average quality and the powdery clay. However, fine, good quality vessels, as well as miniatures are not absent. The intact vessels are usually πυριατήρια and one-handled juglets, which were found along with the deposits of figurines at the second layer of the trenches. Among the rest of the fragments cups, lekanides, bridge-spouted skyphoi, as well as coarse cooking and storage vessels with tripod trays, cooking bowls, and oval-rimmed amphorae are mainly identified. There are also few barbotine ware fragments and some with applied decoration on their external surface.

Based on the primary study of the pottery from the systematic excavation, it is clear that the lifespan of the sanctuary expands throughout the entire Protopalatial period (approximately 1900-1700 BC.) and continues at least until the beginning of the Neopalatial period. 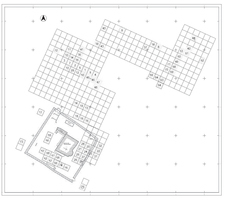 Fig. 1/ Topographic plan of the excavation 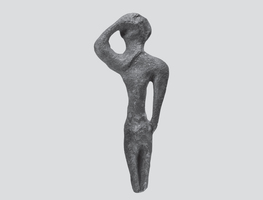 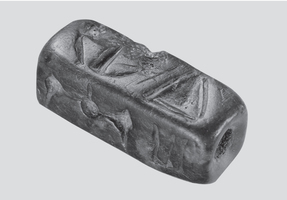