Fournados area. Property of the company LEPTOS S.A.  Maria Skordou (ΚE ́ ΕPKΑ) reports that at the north part of the property Fig. 1, Fig. 2, Fig. 3) additional spaces and storage rooms were detected through archaeological investigation. The northeastern room which came to light is identified as the pitheon (for storage of vessels). Two pithoi (dolia) were discovered partially preserved in situ, as well as the hole where another one was stored (Fig. 4). The spaces which are related to the wine production were integrated to the existing rooms of the earlier oil press, extending the settlement towards the E. The spaces seem to have continued to be in use, some with an altered layout, while new where formed, such as the northeastern pitheon. Based on the surviving evidence, it seems that at the southeastern side of the ancient settlement starts an outdoor space.

At the north end of the property, the investigation revealed an arched-building. The plan of the complex was not excavated completely. In total, 37 walls were discovered, defining 20 spaces, 10 of which came to light with a complete plan. The settlement occupies an excavated area of 400 square meters. Due to the continuous life duration and consecutive use of the space, most of the finds exhibit strong evidence of disturbance with a lack of sequence in stratigraphy.

The evidence we have regarding the oil production installation are fragmentary, since many of the olive processing tools, such as those used for its crushing to its separation of oil from the compression liquids, have been moved from their original place, in order to be reused during the continuation of the use of the space. The discovery of a grindstone (orbis) which belongs to the type of the Late Roman period comprises clear evidence of the crushing of the olive with a revolving grinder of the trapetum type.

The location of the farmhouse is far apart from the nearest known “urban” settlement of the area, this being Roman Kissamos, and possibly indicates an intensive utilisation of the earth in this area. Its size and its distance from the town resemble the type of villa suburbana. It should be noted that this is the only agricultural facility that has been found in the broader rural prefecture of Kissamos.

Further investigation of the finds and systematic examination is required for the precise dating and usage phases of the settlement. The excavation brought to light 34 vessels, mainly of the 4th c. AD. Additionally, a sufficient amount of unpainted pottery of the Roman and Byzantine periods was gathered and the existence of few black-glazed shards dating to the 4th c. BC was verified. Among the portable finds, bronze and iron nails, needles, lead foils etc., five coins, mainly of the Byzantine period and a total of 40 stone architectural parts and equipment of the settlement of the historic times are included.

Moreover, trial trenches were opened in plot 10, at the south side of the road (Fig. 1).

In plot 06 and 07 the continuation of the Minoan settlement covering 90 square meters was discovered. The settlement extends to the south part of the entire property, while at the north it is defined in the south side of plots 06 and 07. The trial trenches were opened only at the southeast part of the plots. Although architectural remains were not found, an assemblage mainly of miniature vessels came to light in layers between the rocks and the outdoor space (Fig. 2). The use of the rock relief for ritual purposes that included deposits of vessels, which were left as offerings at the openings of the rocks, was verified. The finds of this site denote that the outdoor sanctuary existed from the Middle Minoan period, and is the only one that has been discovered so far in western Crete.

Consequently, the trenches that were opened in the rest of the north part of the plot contained a small amount of Minoan pottery, brought from the highest spot, without other archaeological evidence. The pottery consisted of open shapes, cups, mainly single-handled and carinated ones, as well as semi-circled and conical ones, bowls and closed shapes, juglets. The rest of the pottery also consists of fragments of larger vessels, such as bridge-spouted skyphoi, vessels for transport or storage, as well as cooking pots. The presence of fragments with cross-hatched incisions in their interior, which have been described as beehives, is noteworthy. The variety of shapes suggests that offerings that were left during worshipping were both liquid and solid. The interior of a spouted pithoid vessel, which was found complete, bears evidence of a layer of black paint. 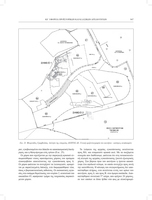 Fig. 1/ General section of the property – plans of the excavation 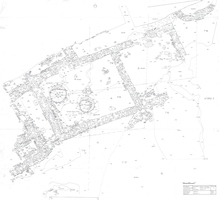 Fig. 2/ North part of the property (plots 02-03) - Location 1. Plan of the northeastern part of the excavation 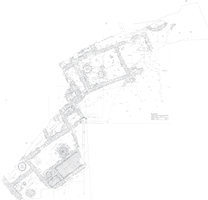 Fig. 5/ South part of the property (plot 10) - Location 2. General plan of the excavation