Junction of Str. Em. Tzanakaki Street and Voloudakidon Street. Papadopetros Megaron.  Katerina Tzanakaki (ΚΕ’ ΕPΚΑ) reports that during restoration works in the interior of the building known as “Papadopetros Megaron”, antiquities were discovered in its basement (Fig. 1). As it was verified from the finds of the excavation, the area was used intensively in antiquity, although a large part of the remains was destroyed during the construction of the Megaron.

At a high level in the northwest, few significantly destroyed structural remains of the Early Byzantine period were found. The remains of two walls and a floor covered in quadrilateral bricks, which continue underneath the pavement of Voloudakidon Street, belong to this phase.

The building with the strong masonry and the mosaic floor or floors, dates to the Greco-Roman period. The internal wall 1, penetrates diagonally the sub-foundation of the contemporary Megaron and is founded in great depth from the surface of modern use, on top of older remains. Two construction phases are distinguished in its construction: the older phase comprises of crude stones without mortar. In the newer phase large worked stone blocks were placed on top of the quarry; these are visible today and are coated with mortar.

The Roman building was erected on top of an older building, which underwent alterations and in some cases room expansion or removal of walls which were covered by the mosaic floor. The mosaic was made of white stone tesserae (mosaic tiles) and was probably extended, but unfortunately was found destroyed. Its destruction took place partially in antiquity, and mainly during the 20th century with the purpose of its complete covering, since the mosaic is right under the modern foundations.

In the same period with the Roman building, belong the remains of a room in the northwest, from which a destruction layer with tiles that contained vessels from the Roman occupation was investigated; some of these vessels are a ribbed oinochoe and a used lamp with a worn relief in the concave part of the discus (2nd-3rd c. AD).

In the southeast, in Area 3, the continuation of the Roman building was detected, along with    the sub-base of the destroyed mosaic and a quadrilateral structure, potentially a small tank, in the interior of which a thick layer of hydraulic mortar was preserved. The use of the area during the intermediate period does not seem to have been intense, since only a small amount of Hellenistic pottery was discovered.

The oldest building was dated to the Classical period. The fact that it was discovered in great depth and under difficult circumstances, such as the absence of lighting during the entire duration of the salvage excavation, its complete investigation was not possible. The lowest part of wall 1, walls 3, 4, 5, 6 and 7, as well as floor 3 towards the east, possibly of an outdoor space, date to this phase.  On top of floor 3, in the northwest, a small hearth with ashes defined by small stones was found. Additionally, a ritual pyre in a round hole carved on marly limestone that contained a layer of ash, figurine fragments and a worn bronze coin  at the north of wall 6 (foundation inauguration?) belongs to the same phase as well.

In the northeast (Area 1, part Ι) a pit with a large quantity of shards of the classical period and scattered fragments of heavily baked clay was unearthed. Rejects from a workshop and faulty products of firing from large vessels of daily use, pithoi fragments etc. were also retrieved. In the entirety of the area that was investigated, pottery of the Pre-Palatial period was found in the deepest layers, suggesting that this was the earliest evidence of habitation in this area.

In the southeast (Area 2) many vessels with a utilitarian function were found (jugs, one bridge-spouted jug, cups etc.), in a curved layout on top of the well preserved floor 4, made of calcareous soil. Apart from few quarry evidence near the vessels, no other architectural remains related to this period were discovered. The layer with the vessels was sealed by clear reddish brown clayey soil as well as the aforementioned floor 3. 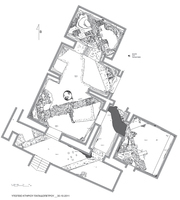 Fig. 1/ Papadopetros Megaron. Plan of the excavation in the basement of the building