Property of F. Tatsi, “Randevou”, Corfu. Garifalia Metallinou (H’ EPKA) reports on excavations at this plot. The foundations of a house ‘Room C’ were discovered, 3.55m long and 1.68m (E) / 0.40m (W) wide, with SW/NE orientation. At its W side, a wall extends to an unexcavated part of the site. The excavators were unable to ascertain the use of this space.

Another room ‘Room B’ was discovered, trapezoidal in shape with length 1.44m and width 1.16 / 1.20m, oriented SE/NW. There were two Corinthian ceramic vessels found on the floor.

A small ‘tower’ was also identified, ‘Room A’. It was almost square, 1.80m x 2m. Owing to its proximity to the other walls discovered and to similar structures excavated elsewhere, this structure was thought to be a tower. In the NE corner, an unpainted pithos was found, made of reddish clay without decoration and 0.94m in diameter. Sherds from this pithos were also found in the surrounding area. During its investigation, a few bone fragments were found, sherds, and metal clamps.

Several archaic vessels and lamps were found. There was also a head of a female figurine of the Hellenistic period, and an intact loomweight. Two bronze coins were found, and several metal objects. Four fragments of glass were found.

There appear to be two chronological phases at this site: the Archaic, and the late Classical / Hellenistic. 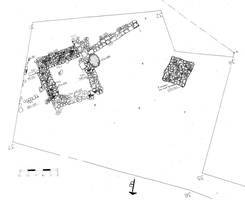 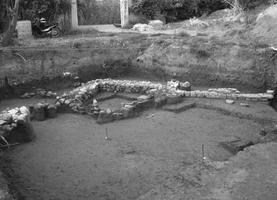 Fig. 2/ General view of the excavation, including the revealing of Room C 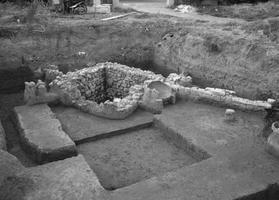 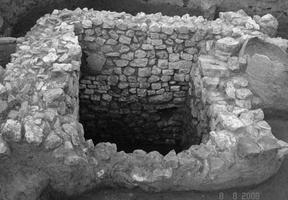 Fig. 4/ Excavation of Room A, including pithos