0.85m W of Room 1 and parallel to it, Room 2 was discovered, comprising walls to the E and N. They were discovered at a depth of 49.75m, with maximum length of 4.50m and 0.75m respectively. The interior of the two rooms and the ‘corridor’ between them were covered in layers of stones and tiles. There were no changes in stratigraphy across the whole site.

Architectural remains are so fragmentary that it is impossible to tell the original use of the rooms. Ceramics were found dating between the Classical and Hellenistic periods, along with local amphoras, other amphorae, cooking vessels, and cups. 26 metal objects were found, including 21 bronze coins. 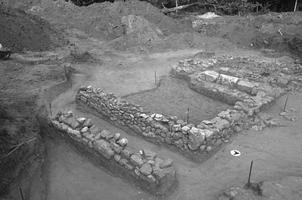 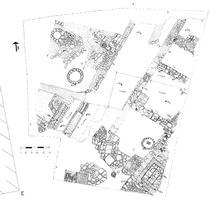