Hersonissos Harbour Theotokis Theodoulou (EEA) reports that an underwater autopsy was conducted indicating that: From the head of the harbour and towards the south, the existence of multiple walls was identified. The building style suggests these were Roman constructions, although some of the remains could also be ascribed to earlier periods. Inside the harbour basin pottery, building  material, stone blocks, columns etc. were found. The windward breakwater, which was depicted in the drawing of J. Leatham and S. Hood, is completely covered under its modern equivalent; however its base is visible from plenty of places. On the contrary, the downwind breakwater is intact (Fig. 1). There, traces of the moulds are prominent on the preserved part of the puddingstone of the internal padding of the caissons, while directly at the north of its start-point, an elongated structure which can be monitored in the sea bed, built according to the core-and-veneer technique (emplekton), potentially comprises a dock or even part of the coastal pre-Roman wall of the town. 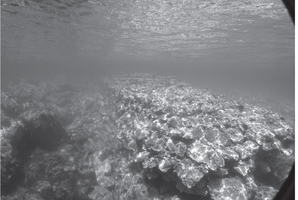 Fig. 1/ View of the remains of the downwind breakwater