Hersonissos, Property of Em. Antonakakis. Stella Mandalaki (ΚΓ EPKA) reports that the excavation of the plot which is located at the Port of Hersonissos, brought to light a settlement complex of the Hellenistic and Roman periods, as well as part of a Hellenistic and Roman road (Fig. 1, Fig. 1). The architectural remains of the Hellenistic period belong to two construction phases. The Hellenistic road (Fig. 3), which belongs to the earliest construction phase, is oriented from the N to the S. It is built out of small pebbles and soil, and both of its sides are defined by walls.

Eastern and western of the road, rooms which extend outside of the borders of the plot are found, which the exception of one room (Room 1) (Fig. 4) which was almost completely excavated. A lamp with a tall foot and a black-glazed feeding bottle were collected from the floor of the room. TheNortheastern corner of the room was destroyed during the Roman period due to the construction of a built well. Southern of the room four wells carved in the datum were detected, and later fell out of use during the second Hellenistic phase, and were integrated to an elongated room and were used as hearths, based on the discovery of charcoal in their interior and visible burning traces on their carved walls.

Room 2, located at the south of the aforementioned Room 1, as well as an extended storage space located further south belong to the later Hellenistic phase. The floor of the room comprises of successive layers with fine sea pebbles. The construction of Room 2 occurred after that of the Hellenistic room, which has been abolished until the end of the Hellenistic period. The large storage space south of Room 2, has been built on top of a layer of hard red soil and includes openings in the datum, which were used for the storage of pithoi (Fig. 4). Pithoi bases were found in situ in some of the openings (Fig. 5).

Evidence of habitation during the Hellenistic period was discovered in the Southeastern part of the excavated area as well, underneath the later architectural phases of the Roman period. The Hellenistic habitation, as well as the early Roman phase, has suffered in its entirety significant destruction. In the Hellenistic layers, apart from the characteristic Hellenistic pottery, shards of black-figure and red-figure vessels have been collected, as well as fragments of Archaic pithoi were collected.

The building complex of the Early Roman Times (1st-first half of 2nd c. AD) was detected at the east part of the plot, and has gone through major damage due to the Late Roman building that was erected subsequently. It was potentially the atrium of a Roman house in the centre of which the impluvium built of carved cut blocks is preserved (Fig. 6). In the interior of the impluvium, a small square well which was used for the collection of rain water was discovered. Two small rectangular water cisterns which were found south and west of the settlement complex belong to the earlier Roman period. Their use as water reservoirs ceased around the end of the 2nd c. AD, and as a result they were used for the discarding of household equipment of the Early and Late Roman periods. More specifically, intact cooking pots of the Early Roman period, deriving from the adjoining Roman complex, such as cooking jars, plates, basins, pans, cups, amphorae, jugs etc were collected from the interior of the southern cistern. On the contrary, the western cistern was divided into two parts with a wall (Fig. 7), from which only the northern was used for the discarding of Late Roman vessels.

The Late Roman complexes are developed on both sides of the road (Fig. 8), which was unearthed on the northern part of the plot. The road surface is covered with gravel, shards, structure material and sandy soil, and has a declination towards the E. The road has been abandoned during the Late Roman period, as it is suggested by the construction of small weak walls on the surface of the road.

South of the Later Roman road, rooms of two Late Roman building complexes were unearthed, with an outdoor space between them, which is mainly situated above the preserved Hellenistic buildings. Ten rooms of the eastern complex were uncovered, whereas only two rooms of the western complex that expands outside of the borders of the plot were uncovered. The outdoor space above the Hellenistic structures was used for the discarding of household pottery from the two complexes. The most important room of the east complex is an elongated space with the façade placed towards the Late Roman road, and was identified as a kitchen (Fig. 9). In the north part of the room a large inverted clay vessel which was potentially used as an oven was detected. In the south part of the same room, three built hearths were also found (Fig. 10) along with a small built case for the cooking purposes. Around the hearths, fragments of cooking pots, fish bones and shells were discovered.

In another room of the same complex, which was used for workshop purposes, an in situ grindstone, and a standing stone embedded on the floor were found. Finally, an area with a brick floor, which has suffered extended disturbance, was located. 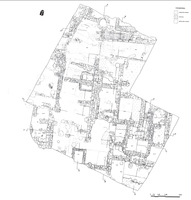 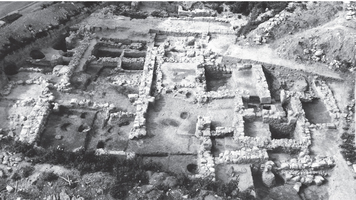 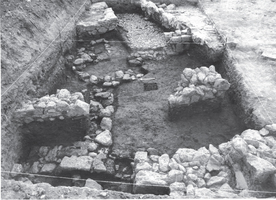 Fig. 3/ Part of a Hellenistic road made of pebbles, walls of a Late Roman complex

Fig. 4/ Openings on the datum for the storage of pithoi of the Hellenistic period, Early Roman cistern and rooms of a Late Roman structure 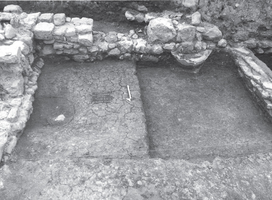 Fig. 5/ In situ Hellenistic pithoi, underneath the walls of the Late Roman structure 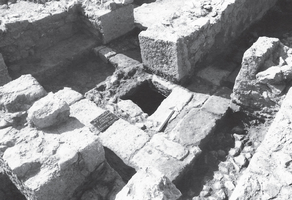 Fig. 6/ «Impluvium» at the atrium of an Early Roman building 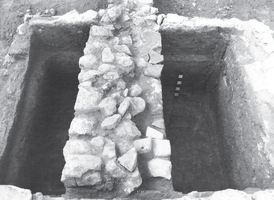 Fig. 7/ Early Roman cistern with a later built wall in the interior 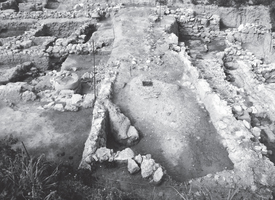 Fig. 9/ «Kitchen» of the Late Roman structure. A large pithos which was used as a cooking kiln can be seen 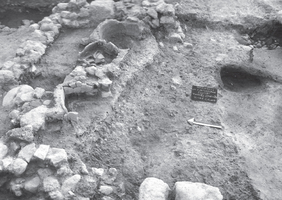 Fig. 10/ Hearths in the interior of the «kitchen»