Toponym
Chersonissos, Chersonisos
Linked Record
2010
Report
Municitpality of Hersonissos, Roman theatre of Hersonissos. Stella Mandalaki (ΚΓ’ EPKA) reports that in November and December of 2011 excavation works started anew at the Roman theatre for the promotion of the monument. The excavation was focused on the koilon of the theatre, the two semi-circular retaining walls and the spaces between the elongated buttresses that supported the superstructure. The foundation layer of the seats (kerkides) located N and S of the elongated trench of 1995  was revealed at the koilon (Fig. 1). The excavation works were limited to the elevated eastern part of the koilon and did not extend to the lower level of the five preserved steps that were located during the excavation of 1995 (Fig. 2). It became apparent that the foundation layer differentiates. In the north part of the koilon the foundation layer is consisted of uneven rows of crude stones with soil and mortar , creating a compact built structure (Fig. 3). Directly in the eastern part, the natural rock is incorporated. At the centre of the koilon crude stones are distinguished and at a lower level five steps made from small crude stones, soil and mortar. The absence of stone benches is highlighted, which is evidence of the destruction that the monument endured by the passage of time.  In the south part the natural rock has been incorporated, on top of which crude stones as well as two built segments that are in contact with the retaining wall of the koilon are preserved. Around the aforementioned wall, the continuation of a flute carved on the height datum, that was found in the northern part of the koilon in 1995 was unearthed.
At the same time the second circumferential wall of the koilon was discovered (Fig. 4). The square pillars on which the elongated buttresses end up, are based on this wall (Fig. 5). Two pillars bearing noticeable evidence of arch springers were further uncovered eastern of the two retaining walls, substantiating the existence of a corridor around the koilon (Fig. 6). Five elongated spaces between the buttresses were also excavated (Fig. 7, Fig. 8). In three of these spaces extended disposals of intact or broken vessels of the Early Christian period of the 5th-6th c. AD were found (Fig. 9), which took place after the collapse of the monument and are related to the kiln use in the broader area.
Such a kiln with two rectangular bases made of bricks for the placement of a portable hearth was revealed in the interior of an elongated space (Fig. 10), between buttresses, while large parts of clayey soil deriving from the coating of a destroyed kiln (Fig. 11) were found in a similar space, under pottery disposals. Only in one part of the interior of the buttresses such disposals were not identified, while pottery of the Early Roman period which confirms the construction of the theatre in the 1st c. AD, was collected.
[Entry created by K. Christakis and translated by C. Koureta] 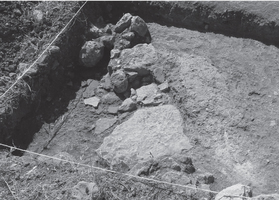 Fig. 1/ Top view of the koilon 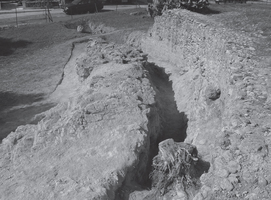 Fig. 2/ Preserved steps of the koilon Fig. 3/ Built foundation layer of the koilon and the incorporated natural rock 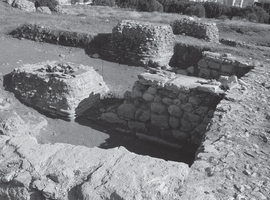 Fig. 4/ The retaining walls of the koilon and the pillars of the arched circumferential stoa 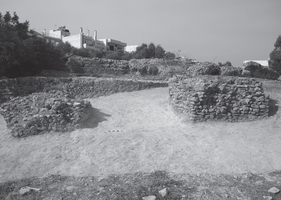 Fig. 5/ Elongated spaces between the buttresses 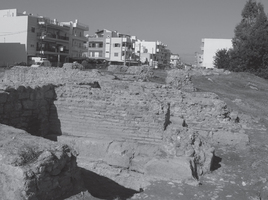 Fig. 6/ Space between the buttresses 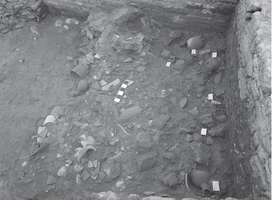 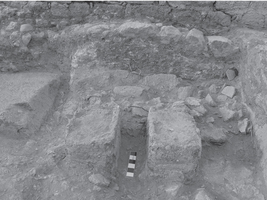 Fig. 8/ Brick bases for a kiln hearth in the interior of buttresses