The 2014-15 excavations of Building 1 and adjacent areas, combined with Hood’s nearby excavations and Hogarth’s houses A and B, provided the contours of a Knossian neighbourhood. In 2018 the project carried out a geophysical survey and geoarchaeological coring programme to place this excavated neighbourhood within the wider context of the c. 2-ha plot. The aim of the 2019 season was to complete geophysical survey of the remaining plot, in particular the wooded area in its N part.

Previous gradiometer and resistance surveys had been carried out at Gypsades in 2010-2011 across an extensive area of 10.8 ha, including the expropriated field on which the current project has focussed. Both magnetometry and resistivity were undertaken on a 20m grid. The team found that the overall geophysical plots suggested a ‘busy’ subsurface landscape; while the data indicated potential areas of interest, however, they did not provide a clear picture of the detailed layout of structures.

In the renewed geophysical survey in 2018 three intensive, high-resolution geophysical survey techniques (magnetometry, resistivity and GPR) were integrated to achieve a detailed mapping of subsurface features across the c. 2-ha expropriated plot. For completion of the work in 2019 the focus was on magnetometry and GPR, given the success of these techniques in 2018.

A high-resolution resurvey of the expropriated plot was conducted with magnetometry and Ground Penetrating Radar (GPR) over two weeks in December 2019. Though GPR is relatively expensive and time consuming, it has proved useful in the vicinity of the Palace at Knossos due to the depth and complexity of the archaeology; processing of the 2018 data from Gypsades had shown clear results.

The survey grid was set out relative to the orientation of the trees in the woodland at the N end of the expropriated plot using a Trimble R10 GNSS (in base/rover configuration). A 20m grid was used to provide ground control for all three survey methods. GPR survey was carried out using a MALA Ground Explorer system, comprising a GX Controller and GX450 HDR Shielded Antenna mounted on a rough terrain cart. The depth and definition with which structures can be detected is dependent on a number of factors including the frequency of the antenna used and the soil velocity. Based on previous work with several frequencies, a 450MHz antennae was selected. Radargrams were recorded at 0.5m intervals, with scans taken at 0.035m intervals. The GPR data from both 2018 and 2019 are being processed using GPR Slice 7.0.

Gradiometer survey (magnetometry) was carried out using a Bartington Grad601-2 gradiometer. The survey was designed to complement the GPR survey, allowing the detection of evidence for burning and disturbance. Survey data were collected along lines spaced at 0.5m intervals, with measurements taken at 0.125m intervals. The gradiometer data were downloaded and processed using TerraSurveyor 3.0.

The GPR results have yet to be processed at the time of writing, and so the magnetometry results are the focus of this report. Fig. 2 shows the results of the magnetometry (gradiometer survey), with 2018 and 2019 datasets combined. The gradiometer survey shows an extensive array of magnetic anomalies consistent with archaeological features and deposits. Previous work had noted the possible trackway running from north to south in the centre of the open (unwooded) area, with a possible complex of buildings immediately to the west. The 2019 survey confirms that there are further orthogonal magnetic anomalies thought to correspond to additional buildings in the northern and eastern parts of the survey area. Buildings are thought to be visible because of the contrast between the fills of the rooms and the walls, rather than the magnetic properties of the materials used to construct the walls. A series of curvilinear magnetic anomalies following the contours of the slope appear to correspond to terraces visible in adjacent plots of land and identified as subtle earthworks in the topographic survey (Fig. 3).

One of the many issues that the geophysical survey can address is the location of the Sanctuary of Demeter (Coldstream 1973); confirming the location of this classical sanctuary, and of the Minoan deposits detected beneath it, is essential for any potential future excavations in the area. Based on the magnetometry results, and also study of excavation photographs in Coldstream (1973), it appears likely that the sanctuary is situated in the NW part of the plot (Fig. 4). Processing of the GPR results will generate new information to further assess and refine this inference.
Author
John BENNET
Bibliographic reference(s)
Unpublished Field Report, British School at Athens
Date of creation
2020-09-24 19:05:10
Last modification
2020-09-25 18:23:42
Picture(s) 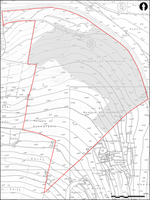 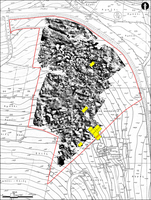 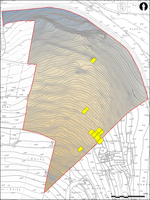 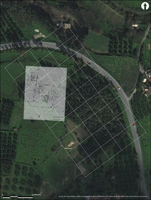 Fig. 4/ Knossos Gypsades 2019: The NW part of the surveyed area showing the suggested location of the Sanctuary of Demeter based on results following 2019 fieldwork.