The tholos tomb (4.70m diameter) was found collapsed and looted, made of large blocks oriented N-S with the entrance at the S, and preserved to a height of 1.60m (7-11 courses). The dromos (l. 3.80, w. 0.88-0.90m) was built with slab-like limestone blocks of various sizes set irregularly in successive layers. The better-preserved W wall is preserved to ten courses. A large slab placed vertically at the N half of the dromos near the tholos may belong to a destroyed tomb of the Protogeometric period. A large block around the middle of the dromos occupies its whole width. Close to the E wall of the dromos, between this stone and the tholos, many small bone fragments were collected, with large (likely leg) bones right below these. Bone and skull fragments were found scattered across the whole width of the dromos, the majority from the N half. S some pottery sherds were also found, many with painted decoration and belonging to the Protogeometric period, as well as 2 stone beads, 3 biconical stone beads, a stone amulet and a bronze pin.

The tomb was later used for the burial of a large number of bodies during the Protogeometric period, the bones of which were found mixed together with the fallen stones of the tholos across the whole height of the preserved walls. Among the goods that escaped looting were flint blades, beads (glass, bone, carnelian), fragments of pins, whorls, unidentified bronze fragments, seals, a gold decorative sheet, pottery sherds of alabastra, kylikes, stirrup jars etc. At the NW part of the tomb and above the mixed remains of bone and stones, two graves were without goods or certain orientation. After removal of the building material, a built Protogeometric cist grave was revealed at the central part of the tomb and 0.70m from the floor, with sides of 4 limestone slabs roughly worked, and sealed a large monolithic slab. The primary burial on its floor was in supine position with hands crossed above the chest and legs to the sides, accompanied by a bronze ring, and with a bronze spear head placed outside the covering slab.

Grave goods from the Mycenaean tholos tomb included 4 gold beads, 4 steatite seals, 3 of them with naturalistic themes and one with a representation of a chamois. Among the more important diagnostic pottery was the shoulder of a LH IIIB/IIIC stirrup jar; a LH IIA alabastron; a long-stemmed LH IIIB kylix; and body sherds of a LH IIB/IIIC skyphos. A LH IIIC bronze leaf-shaped spear head was also found (l. 0.13 and max. w. 0.45m).

The finds indicate that the tomb was in use from the LH IIA period until the PG. 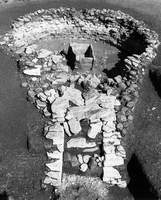 Fig. 1/ The tholos tomb with the PG cist grave within, and its unexplored dromos 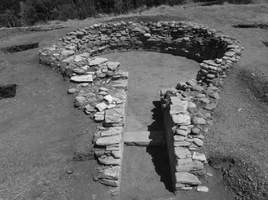 Fig. 2/ The tholos tomb after excavation of the dromos

Fig. 3/ The tholos tomb from the N with the Aitolic coast in the background 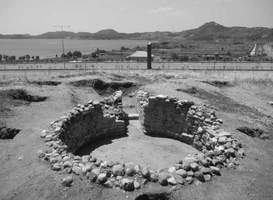 Fig. 4/ The tholos tomb after the construction of a new roof