A structural and topographical investigation of the temple of Isis clarified the shape of the building complex with many rooms of unequal size.  Likewise, NW of the Gymnasium the layout of a large elite residence with a number of rooms, some of which were decorated with mosaics, was clarified (Fig. 3).  One of the floors, in the andron, bears a central panel with Dionysos and Ariadne (Figs 4-5).

The W stoa of the Gymnasium is approached by a tetrastyle Doric gate – now fully restored (Figs 6-8) – built at the expense of a gymnasiarch of the time of the emperor Augustus and repaired by a successor gymnasiarch according to the large-lettered inscriptions from the epistyle:
ΧΑΡΤΕΛΗΣ ΦΙΛΩΝΟΣ ΓΥΜΝΑΣΙΑΡΧΗΣΑΣ
ΤΟ ΠΡΟΠΥΛΟΝ ΘΕΟΙΣ ΠΑΣΙ ΚΑΙ ΤΑΙ ΠΟΛΕΙ
ΔΙΟΝΥΣΙΟΣ ΔΗΜΗΤΡΙΟΥ ΓΥΜΝΑΣΙΑΡΧΩΝ ΤΟ ΓΥΜΝΑΣΙΟΝ ΕΠΕΣΚΕΥΑΣΕ
Further inscriptions commemorating donations are found inscribed on the three central metopes of the triglyph frieze.  Within this tetrastyle propylon, there was a wooden pitched roof which offered protection from the rain. 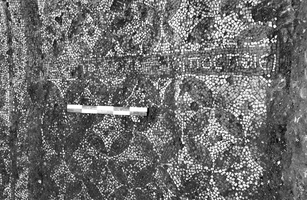 Fig. 1/ Messene: Detail of the mosaic with inscription of Bishop Theodoulos. 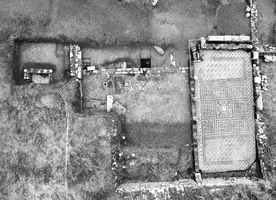 Fig. 2/ Messene: View of the Bishop’s hall with the test trenches. 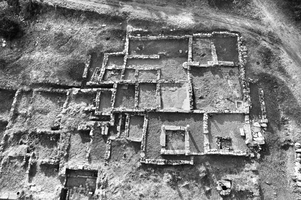 Fig. 3/ Messene: The urban villa from the E. 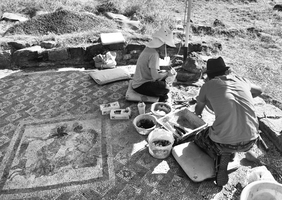 Fig. 4/ Messene: Restoration of the mosaic floor of the andron of the villa. 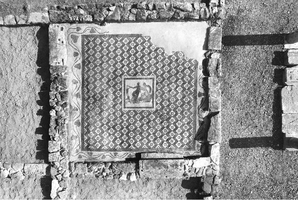 Fig. 5/ Messene: The mosaic decoration of the andron. 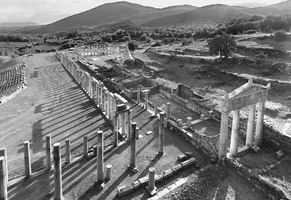 Fig. 6/ Messene: View of the Propylon from the NW. 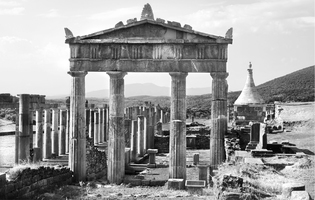 Fig. 7/ Messene: The tetrastyle Doric Propylon with its pediment restored. 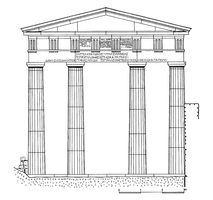