Toponym
Athens Centre (Plaka, Monastiraki), Athènes Centre
Linked Record
2013
Report
Makrigianni, 5 Faleron Street. Efi Aleksaki Mantzouka, Georgios Michalopoulos and Chara Charami (Γ’ ΕΠΚΑ) report on discoveries made at this plot.
Six pit graves were located, dating principally between the Late Helladic and Archaic periods.
To the NW of the plot, parts of an ancient road were found, 6.20 x 0.6m. There were multiple repairs to this road, and it eventually became incorporated into the building located to the E.
Most of the plot was occupied by domestic structures, belonging to three phases: Classical-Hellenistic, Hellenistic, and Roman. Classical remains include five walls and some crushed stones.
The Hellenistic remains include three domestic buildings, with a total of twelves room, connected by a central courtyard.
The Roman and Late Roman phases were located closest to the ancient road and comprised seven rooms. Four of these were around the courtyard perimeter. The Roman building is an urban villa urbana, and is a continuation of the building found at the plot of 7 Faleron Street. Destruction layers in the SW part of the plot date to the third century AD. The site was reused continually until the sixth century AD. Three wells were also discovered and four pipes.
There are also refuse remains from a possible workshop, including six pits. 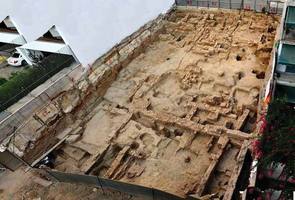 Fig. 1/ General view of the excavation from SE