Toponym
Athens South (Makrygianni, Koukaki, Kynosarges, Mets), Athènes centre-Sud
Linked Record
2013
Report
Kynosarges, 11 Kallirrois Street. Dimitra-Kallirroi Stavroulaki (Γ’ ΕΠΚΑ) reports on the excavation of a large Roman building, with dimensions 80 x 60m and oriented EW. The building contained an inner courtyard (surrounded by peristyle to the N, S and E, and large rectangular room to W), and dates to the first century AD or beginning of the second century AD. The building was abandoned after the third century AD.
During the excavation of the floor, ceramics was collected dating between the Prehistoric and Hellenistic periods. Fills from around the building yielded pottery up to the Byzantine period and modern times. It is also evident that during the construction of the building in the Roman period, large-scale earthworks was carried out to level the ground.
2.10m from the W end of the Roman building and adjacent to the N face, a small part of NS wall was found, yielding pottery from fill between Geometric and Byzantine periods. At the SW part of the plot, two deposits were located, the first of which (2.78 x 2.48m) contained pottery from the Geometric period through to the fifth and sixth centuries AD, and the second (1.18 x 1m) contained Classical and Hellenistic pottery.
At the E end of the plot, a few Classical period architectural remains were found, also associated with pottery. There was also from this area a fill layer associated with an overflow of the Ilissos in Classical times. N of the Roman building, there was another Classical period wall, while at the E end of the site a refuse pit of stone and tile was excavated, along with Classical pottery. 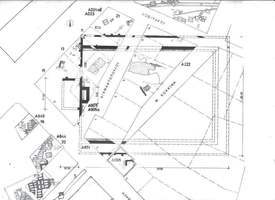 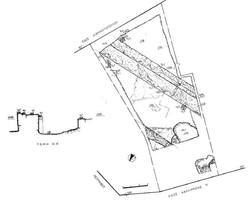 Fig. 2/ Plan of the sector of the adjacent excavation 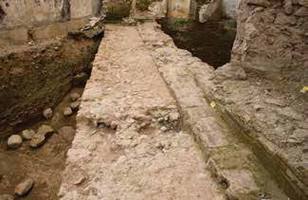