Toponym
Megara
Linked Record
2012
Report
Megara. Silymvrias Street, O.T. 70δ. Panagiota Avgerinou (Γ’ ΕΠΚΑ) reports on discoveries made at this site.
A wall was excavated, to the N and E of which fill contained broken ceramic vessels, most of which were unpainted and dated to the fifth and sixth centuries AD. It is thought that this was a waste deposit from a nearby workshop.
Another large wall was discovered N of this first wall, dated by pottery to the Late Roman period.
To the S of the plot a grave was found, and an animal grave. The human grave was 0.56 x 0.41m and oriented EW, lined with ceramics and sides built from stone. Traces of infants’ bones were found inside, thought to date to the archaic period. The animal was buried 0.36m W of this, with head to the E and head turned to the N. 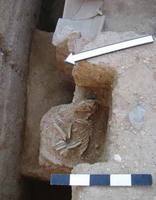 Fig. 1/ Grave 1 and the burial of the animal