Toponym
Athens Centre (Plaka, Monastiraki), Athènes Centre
Linked Record
2011
Report
Athens. 96 Ermou. Georgios Michalopoulos (Γ’ ΕΠΚΑ) reports on excavations undertaken on this large plot (144 metres squared).
There was a drainage ditch dated to the Classical period, made of irregular slabs of alabaster and limestone. It was repaired in the Roman period. The pipe is oriented NE, and is 13.50m long and 1m wide.
Room 3 was discovered, 1.35 x 2.85m and dating to the Hellenistic period. The walls of the room had been cut by a later Roman phase of walls. In the NE of the room, there was a small water basin.
There was also a Roman period house consisting of two rooms, oriented NE and containing 13 pipes.
Room 1 had dimensions 6.90 x 5.40m , containing a small cistern. Room 2 had dimensions 4.60 x 3.60m, slightly destroyed by the foundations of a modern house. The walls include many stones in secondary use, including architectural fragments, pieces of marble stelai, and pieces of tile and brick.
SE of the room there was a Byzantine silo, built of masonry, tiles, and plaster. 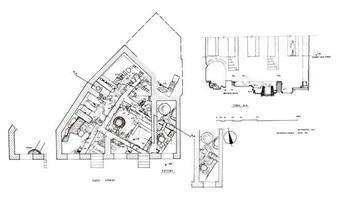 Fig. 1/ Plan of the sectors of the excavation 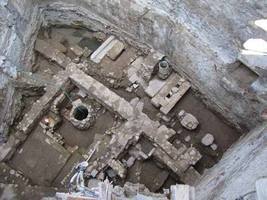