Toponym
Aigion, Vostitsa
Linked Record
2008
Report
Aigion, 141 Vas. Konstantinou and Elikis streets (property of A. Panagopoulou). Andreas Vordos (ΣΤ’ΕΠΚΑ) reports on the excavation of part of the Late Classical/Hellenistic road system of the town and the remains of roadside buildings (Fig. 1).
In the north-eastern corner of the property were Hellenistic walls overlain by a Roman tile covered burial devoid of grave goods. Most of the building remains were found in the eastern and central part of the property. They were founded on the rocky bedrock, the upper surface of which had been levelled. To the north of the road and parallel to it, were various walls made of rubble and mud, preserved to a height of three courses of stones. In the interior of one of these walls was found a cache of 19 coins, 18 silver and one bronze tetradrachm dated to 188-146 BC. On the one side of the latter is depicted a naked Zeus holding in his right hand the Victory and in his left a sceptre. On the other side is depicted a seated female figure (possibly the personification of Achaia) who holds a wreath in her right hand and a sceptre in her left. The coin was also inscribed ΑΧΑΙΩΝ ΑΙΓΙΕΩΝ. The silver coins were minted by the Achaean Federation, three attributed the city of Argos and one to Sparta.
Along the northern side of the road was a large part of a building defined by three carefully built walls resting on bedrock. Two of the walls formed an angle and part of a floor was found within. Attached to the exterior corner of the two walls was a well of 1.40 m. in diameter, containing soil, pottery sherds and tiles. 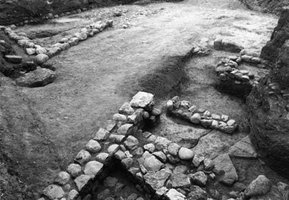 Fig. 1/ View of the excavation from the north-east