Key-words
Fountain - Residence - Hearth/Kiln/Oven - Mosaic - Painting - Architectural revetments - Sculpture - Stone - Glass - Hydraulic installation - Commercial area - Domestic space - Production/extraction site
Type of Operation
Excavation - Research excavation
Institution
École française d’Athènes
Toponym
Thasos, Thassos, Limenas, Limin
Linked Record
2000200620072008200920102010 (1)201120122019
Report
Thasos. Area N of the Artemision. A. Muller (EfA/Lille 3), F. Blondé (EfA/CNRS) and S. Dadaki (12th EBA) report on an excavation season conducted in collaboration with the 12th EBA, the ΙΗ' ΕΠΚΑ and the University of Athens. Excavation focused on an extensive EByz residence which has been explored in stages since 1971: this structure suffered severe disturbance in ca. 570 and was finally destroyed in 619 or slightly later (Fig. 1).
In the triclinium of the E wing, the fill laid down just before the final destruction was excavated; this held 2 heaps of fragments of a pebble pavement in opus signinum. The extent of the neighbouring courtyard was explored only in a narrow strip. Two installations were discovered which were used successively during the last phase of occupation: a large built vat of uncertain function was largely covered by a large domestic oven which was relatively well preserved.
The most important part of the season’s work was conducted in the N wing (Fig. 2). Beyond the corner room, the N wing is formed of a row of 4 rooms of different sizes and appearances. The 2 W rooms are distinguished by the richness of their decor. Room 20 has a pavement of white pebbles set in red-tinted mortar. Its central decorative area, in opus spicatum crossed by two diagonals, had at the centre a mosaic emblema now lost; all round, a large border included, in front of the entrance, a doormat of wine-coloured pebbles. The corner room (21) is exceptional as much for its size (6.3m x 9.3m) as for the richness of its decor: the W part was paved with mosaic and with marble slabs at the foot of the walls, and in the E part it is at least possible to detect the treatment of the N wall, which had a yellow surface treatment.
For the first time in this sector it was possible to identify remains of reoccupation of the site after a long period of abandonment. In the area of room 20, there was an Ot workshop, perhaps a lime-burning establishment, consisting of a pit and two summarily built kilns. The level containing these kilns held plentiful evidence for the existence of a potter’s workshop in the area, also of the Ot period.
In addition to the many architectural members from the residence, notable discoveries include a fragment of an acroterion depicting a running peplophoros, found in 1983 in the S area, a Hel female head and, especially, a Rom relief (1.1m h.), the iconography of which is heroic in character (Fig. 3).

The macellum. J.-Y. Marc (EfA/Strasbourg) reports on the 2008 study season.
The identification of a glass manufacturer’s workshop in room 57 was confirmed by finds including numerous fragments of unworked glass, blowing tubes and wasters. The presence of a bronze workshop in room 54 is also confirmed by finds including numerous mould fragments, remains of furnace wall, crucible fragments and many pieces of slag; the presence of many forging slags also indicates that iron working took place here.
Study of the wall decoration continued, and focused on the walls of the Ionic passage, i.e. the monumental entrance to the macellum from the agora. A fortunate discovery led to the study of a fountain mechanism in the court of the hundred flagstones. A mysterious, roughly circular marble block can be explained as coming from the lower part of a marble labrum, thanks to comparison with identical blocks from Rome, displayed in the Museum of the Imperial Fora. The basin was set over the well in the court of the hundred flagstones.
Author
Catherine MORGAN
Bibliographic reference(s)
Unpublished field report, École française d’Athènes Also: J.-Y. Marc, S. Blin, P. Mougin, Les abords Sud de l'agora, BCH 133.2 (2009), p. 561-563.
Date of creation
2010-03-10 00:00:00
Last modification
2020-02-19 10:39:06
Picture(s) 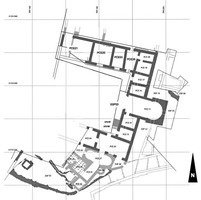 Fig. 2/ Fig. 2. Thasos: north wing of the Early Byzantine residence from the west.