Toponym
Savallia
Linked Record
2006
Report
Savalia. Christos Matzanas (Z’EPKA) reports on the discovery of a Late Roman cemetery (Fig. 1) in which there were two clusters of interments. The first cluster consisted of a cist and three tile covered hut-shaped burials (Figs 2, 3, 4), while the second which was located 20 m. away, included one cist and one hut-shaped (Fig. 5). The burials were modestly furnished, while some were close to the surface and had been severely damaged by ploughing. About 100 m. to the north-east of the Roman cemetery was another dated to the Classical period, in which a stone sarcophagus was excavated. It contained four lekythoi, two skyphoi, an iron strigil (stlengida) and various other small items (Fig. 6). 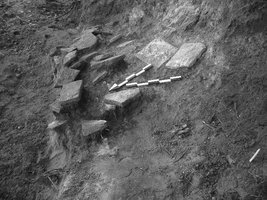 Fig. 1/ Remains of a cist grave 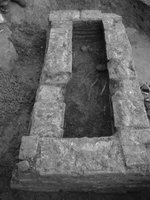 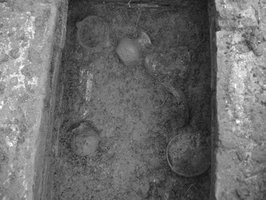 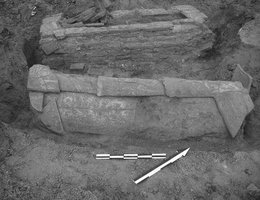 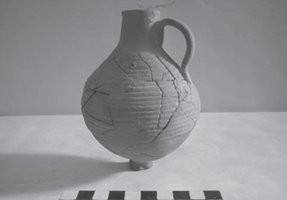 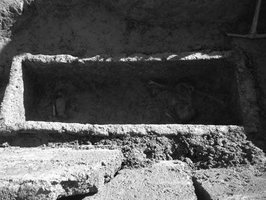 Fig. 6/ The sarcophagus after removal of the covering slabs