Toponym
Psarion
Linked Record
2006
Report
Municipality of Vouprasia, Psari. Christos Matzanas (Z’ EPKA) reports on the discovery of an extended late Byzantine cemetery consisting of simple pits of about 1 m. in depth. The bodies had been placed facing west and the graves were aligned on an E-W axis. The finds included undiagnostic pottery sherds and tile fragments. Close to the cemetery were collected pottery sherds and chipped and ground stone tools dated to the Bronze Age, along with scattered human bones including a ring still attached to a finger (Fig. 1). This was dated to the end of Antiquity but could be also be related to the extended Byzantine cemetery in the area. A pit deposit was also identified (Fig. 2) which was covered by ash up to 0.50 m. in depth, in which charcoal, animal bones, tile fragments and a silver coin of the 14th c. A.D. were collected (Figs. 3, 4). A hearth of 0.5-0.6 m. in diameter was also identified, along with chunks of fired clay chunks, burnt stones, an iron knife and a spindle-whorl. 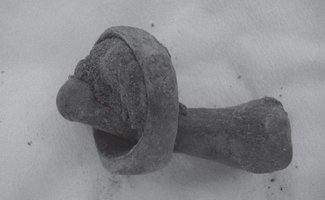 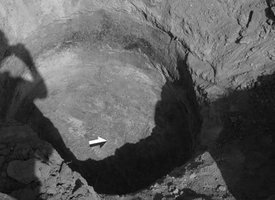 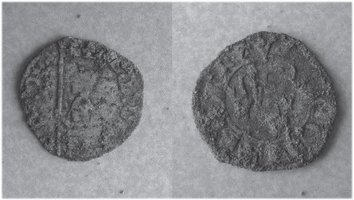 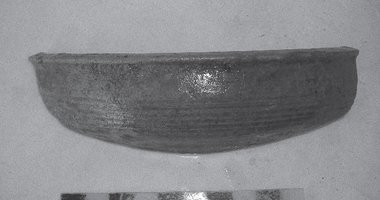