Toponym
Tripolis, Tripolitza
Linked Record
2006 (1)20062006 (2)20072007 (1)2008201820192019 (1)2019 (2)2019 (3)2019 (4)2019 (5)
Report
Pallantio. Stamatis Frintzilas (ΛΘ’ ΕΠΚΑ) reports on excavations in the area defined by the streams of Agia Paraskevi and Agios Ioannis and the quarry located to the north-east of the acropolis of the ancient town of Pallantio. Fifteen sectors (1-15) were investigated.
Sectors Α’, Β’ and Δ’ produced small numbers of pottery sherds collected on the surface, dated to the Hellenistic and Roman periods.
Sector Ε’ produced small numbers of pottery sherds collected on the surface, dated to the Hellenistic and Roman periods. Also present was a small square construction (0.50 m.) made of rubble and mortar. Its upper surface was concave and made of reused tiles and hydraulic plaster (Fig. 1). It was probably used in agricultural activities. Pottery of various types was collected from its interior.
Sector ΣΤ’ produced small numbers of pottery sherds collected on the surface, dated to the Hellenistic and Roman periods. It also contained a rubble wall aligned on an E-W axis, with an excavated length and width of 11.0 m. and 1.40 m. respectively and a preserved height of 0.50 m. Based on its size, the excavator considers the wall to be part of a defensive structure, probably the western fortifications of Pallantio. Two Byzantine bronze coins were also collected from the surface of the wall.
Sector Z’ produced building remains and significant quantities of finds including floor tiles, bricks, undecorated and black-glazed pottery, Megarian skyphoi, lamps, coins and loom-weights. The walls were made of rubble and aligned on a N-S axis. Some appear to have been part of an urban grid similar to those developed during Hellenistic and Roman times. Two tiles with inscriptions were found, the first with the letter Θ[..] and the second ΔΑΜ[ΟCIOC] (Fig. 2). Sporadic pottery from the Archaic and Classical periods was also collected, along with pottery and coins attributed to the Byzantine. The majority of building remains in this sector were of residential or industrial character. However, the discovery of an altar may also suggest the presence of a temple. A number of cist graves were also present.
Sector H’ contained building remains and pottery dated to the Roman period (Fig. 3). Also present was the foundation of a public colonnaded building dated to the Hellenistic period, in particular its northern and eastern stoa (Fig. 4). One side of the stoa was open with columns while the other was built with a wall. The north wing was roofed with a number of rooms to the rear. In the western part of the wing was the rectangular limestone base of one of the roof supporting columns. The bases of four unfluted limestone columns (Κ1-Κ4) were preserved along its open side, in front of which was marble spolia used on the pavement of the open court. Three bases were also found along the open side of the east wing (Κ5-Κ7), built during the Roman period. The lower drums of the columns of the Hellenistic stoa were unfluted and sat on rectangular or roughly worked single block bases. The floor of the open stoa consisted of beaten earth while the entrance to the building was through a large double door. Parallel to the building was part of a road surface. The architectural remains of the building are dated to the Hellenistic period, but its use continued until the end of Antiquity, along with various structural changes. Remnants of a larger and much more carefully constructed public building dated to the 4th and 5th centuries B.C., were discovered under the eastern and northern wings of the current complex. But the new building was not built over the old; instead it was designed and constructed from scratch. According to the excavator, the destruction of the old building was probably related to the siege of the town by the Macedonian army during the final quarter of the 4th c. B.C. The excavation also produced significant numbers of bronze coins.
Sector I’ contained building remains and pottery dated to Late Antiquity. Sectors IA’ and IB’ produced sporadic pottery sherds dated to the Byzantine period. Sectors IΓ’, ΙΔ’ and ΙΕ’ produced sporadic evidence for occupation during Late Antiquity. 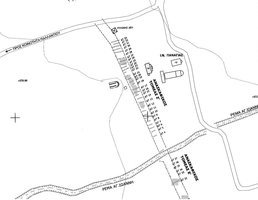 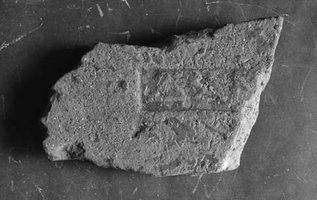 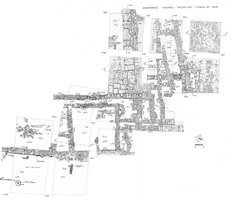