Municipality of Sitia, Dionysades islands. Chrysa Sofianou (ΚΔ’ ΕΠΚΑ) reports that in Dragonada of Dionysades islands, a survey took place following reports regarding illegal excavations at the cave located on the island. The largest part of the island was investigated and rock carvings as well as pottery of the historic periods were detected (Fig. 1). The cave has suffered extended destruction from the illegal excavations. The collected pottery dates from the Bronze Age until modern times. Carvings from the Venetian occupation, but also more recent ones are visible on the walls of the cave. 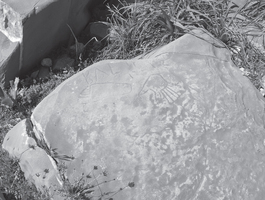