Molyvoti. Nathan T. Arrington (ASCSA / Princeton) and Domna Terzopoulou (Ephorate of Antiquities of Evros) reports on excavation of the settlement of Ancient Stryme. The first phase of field work ended in 2015, and a final publication is underway. The second phase of field work began in 2019, and took place from June 17 to July 26.

Excavation at the site focused on the House of Hermes (Fig. 1), located northwest and adjacent to the House of the Gorgon, which was completely revealed in 2013–2015. Digging took place in the following squares of the Greek excavation grid: 2.5.4 ΑΔ/4δ, ΑΔ/5β, ΑΔ/5δ, ΑΕ/4α-δ, ΑΕ/5α-δ, ΑΕ/6α-β, ΑΖ/4α, ΑΖ/4γ-δ, ΑΖ/5α-δ, ΑΖ/6α. The full extent of the House of Hermes was revealed this season: ca. 17.6 x 17.6 m. Like the House of the Gorgon, it was integrated into a grid plan. Most of the remains belong to the 4th cen. BC, with some evidence for multiple architectural and stratigraphic phases.  At the northeast was a courtyard fronted by a well-built pastas, with four large pilaster bases remaining in situ. At the northwest corner of the house, excavation uncovered an andron with a vestibule. No couches survive, but the offset door, the presence of the vestibule, the location of the room in the corner of the house, and the irregular relationship of the room’s walls to the surrounding architecture for the purpose of accommodating couches provide the identification. Outside of the room is a drain, one of several detected throughout the house. Very little architecture was found in the southeastern half of the house; perhaps there was another courtyard in this area or an open work area. A destruction deposit of the mid-4th cen. BC was detected in many locations of the house, consisting primarily of roof tiles (Fig. 2). Among them were two tiles with Thasian stamps, offering support for the identification of the city as Stryme. The 4th-cen. BC levels were disturbed by one long 4th-cen. AD cut. In addition, Late Roman fill overlay the 4th-cen. BC deposits, and one Late Roman wall was preserved.

Near the ancient harbor, the team sampled 4th-cen. BC foundation fill in the beach scarp associated with a wall. Over 5000 new plant specimens were identified, including three types of barley, four types of wheat, grass pea, lentil, broad bean, bitter vetch, fig, grape, and possibly olive. The preservation was excellent, with fruit pits and nut shells extant. The deposit also yielded coprolites. The fish bones from this deposit were diverse, including bream, mullet, carp, cuttlefish, thresher shark, and thornback ray.

Pedestrian surface survey in 2015 (Fig. 3) investigated fields about 5km from the city walls where two Ionic column bases were found in 1971 (Komotini museum inventory numbers ΑΓΚ 411 and 412). The team collected abundant ceramics and designated the fields a Place of Special Interest (PU15-001). Electrical resistivity subsequently detected a large rectangular feature 67 x 40 m, oriented NE-SW, enclosing several walls; it is likely the temenos for a sanctuary. In 2019, with the permission of land owner Athanasios Titarelis, the team excavated two 2 x 5 m squares along the southern edge of field 3308010 (MTAP tract 6062). An in-situ pithos was uncovered and two rubble walls, which probably date to the Hellenistic period, and may be a farm installation. The fluted pedestal of a marble perirrhanterion, fragments of marble blocks, and marble working chips, all in secondary or tertiary deposits, likely stem from a temple in the vicinity. Of note was the presence of Thracian pottery in the excavation squares, which has only rarely been detected at Stryme itself. The organic remains included barley, pulses, bread wheat, and a relatively high percentage of grape seeds. The animal bones stemmed predominantly from sheep or goat, followed by pig and deer. There was no evidence of burning, and most of the material seemed to be well-preserved domestic refuse.

The 2015 pedestrian surface survey had focused on Stryme's immediate hinterland up to 5.5 km beyond the city walls, or about an hour walk away. In 2019, pedestrian surface survey extended ca. 12 km north and ca. 10 km northeast (Fig. 3). It examined changing patterns of land use at greater distances from the city, away from the coast and towards the Rhodope and Ismaros mountains. The comparison of the two sets of data, from 2015 and 2019, should illuminate settlement patterns, agricultural activity, and the relationship of trading ports to their landscape during the period of the city’s floruit, the 5th and 4th centuries BC. It also should help assess post-Classical activity. For example, the team are interested in how the construction of the Via Egnatia may have impacted the region.

As in the 2015 survey, Classical-Hellenistic material was relatively consistent, with coarse ware, particularly amphoras, widely attested, although there was a drop in density as the team moved away from the city (Fig. 4). In particular, material dropped off in the northeast, near the modern village of Adriani. One explanation for this pattern may be the geomorphology of the region. The 2013–15 project demonstrated that the sea once extended at least as far as Lake Mitrikon, and so the region to the northeast may have been relatively inaccessible, or not part of Stryme’s chora.

Seven Places of Special Interest (PoSIs) were identified in 2019 (Fig. 5). Surprisingly little to no Roman material was found. Three PoSIs dated to the Ottoman period, and might also contain Late Byzantine material (PU19-003, PU19-006, PU19-007). For the Classical-Hellenistic period, the most significant PoSI was PU19-002, which lay 7.6km from the city walls and produced fine ware pottery, stamped amphora handles, and 16 coins. This abundant numismatic evidence contrasts with the 2015 survey, which recovered only two coins. PU19-002 may be a second-order site, a small hub for economic activity. 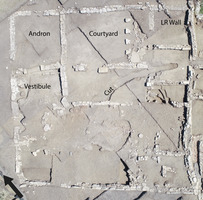 Fig. 1/ The House of Hermes at Ancient Stryme. The majority of the architecture dates to the 4th cen. BC 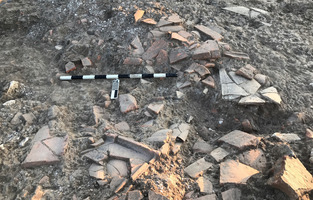 Fig. 2/ Some of the destruction debris from the House of Hermes, dating to the mid-4th cen. BC 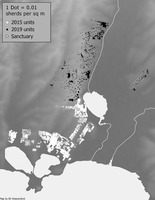 Fig. 3/ The survey areas of the Molyvoti, Thrace, Archaeological Project 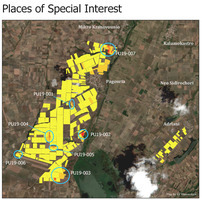 Fig. 5/ Places of Special Interest (PoSIs) identified in the 2019 season