The project’s goals for its final season were: on the North Hill, to complete investigation of house B ix 6 and to clarify the nature of the structure(s) at the northern tip of the hill, and their relationship to the residential zones; on the South Hill, to investigate the potential date at which the grid may have been established; in the Lower City and wider study area, to continue investigation of the varying character and density of settlement within the permit area, including any evidence for non-residential activity (industrial, mortuary, ritual, etc.), and to carry out auger core sampling of mud deposits in the lagoon to gain information about the natural environment around the site during its occupation, and about landscape change since Antiquity. In addition specialist study continued of various categories of material – ceramics, metals and production debris, soil micromorphology, phytolith and starch analysis, and archaeobotanical samples.

The picture of the layout of house B.ix.6 in its final phase of occupation has been extended and the understanding of its stratigraphy and phasing has been improved (Fig. 2). In addition to the house entrance from the street through room (i), located in 2016, there was also a second entrance from further west leading into room (g). Room (l) had been reorganised and its extent increased subsequent to the initial laying out of the house. The entrance to room (f) (the oikos) was confirmed as lying adjacent to the stair base. The fired clay feature in the centre of (f) was revealed as pi-shaped with an opening on its north side; it had no base but was placed directly on the earth floor, surrounded by an extensive array of ceramic vessels. In the absence of any trace of ash or burning, its role remains to be determined by the analysis of geochemical, residue and flotation samples. An extensive deposit of plain and coarse vessels was located against the west wall of room (d). The boundary walls of the house were poorly preserved along the hitherto unexcavated sections on its east and south sides. In the course of excavation samples were obtained for micromorphology; flotation (for analysis of the light fraction for archaeobotanical evidence and the heavy fraction for micro-debris); phytolith and starch analysis; and geochemical analysis. The aim is to shed light on aspects of the domestic economy, the range and organisation of activities within the house, and the details of the post-depositional factors which have affected the house since its final occupation.

The anomalous area at the northern tip of the hill, identified in the geophysical data of 2014 and examined further in 2018, was explored in 2019 by enlarging the excavation to the west, south and east. The zone revealed shows a lattice of partially preserved, partially collapsed walls, associated with what appear to be non-residential, perhaps industrial activities. A small but persistent scatter of metallurgical waste fragments, along with the grinder found in 2018, as well as the rather exceptional size of the pithos first identified there, point to productive activities, whose precise character may be revealed once soil samples have been fully analysed. The overall profile of ceramic finds seems, on preliminary examination, to be sufficiently different from house B.ix.6 to suggest that further analyses will help to define this sector more clearly.

On the South Hill Trench 23 in the southwest part of the hill was investigated for a third year and yielded evidence indicating that the habitation of the South hill started in the Early Iron Age and continued until the middle of the 4th century BC. There was probable evidence of the Persian destruction in 480 BC and the deepest level revealed Early Iron Age and prehistoric (possibly Neolithic) ceramics. A new Trench 35 was opened northeast of Trench 23, where geophysical investigation had produced evidence implying the existence of another street and buildings. The excavation data from the limited investigation in this trench strongly suggests that this area of the South hill was inhabited in the Archaic and the Classical periods. The few pieces of Early Iron Age pottery discovered in the fill of Trench 35, together with the data of Trench 23, provide some evidence of the extent of Early Iron Age habitation on the South Hill.

Also on the South Hill, particularly its southwest slope, a total of 36 30-by-30m grid squares (a total of 0.07 km2) were collected (Fig. 3). The material was indicative of dense settlement across the hill in antiquity. The majority of the pottery dated to the Classical period, while in several squares close to the South Hill, but not on it, some of the earliest material from the site was detected in the form of Early Iron Age banded wares. On the slope at the south end of the South Hill considerable quantities of Byzantine fine ware, medium ware, brick and tile were collected. The remains of a cistern were also observed, cut into the conglomerate of the upper slope of the hill.

The project has now carried out field walking over its entire 8-km2 study area, except those fields with very poor visibility. A total of 408 fields (3.16km2) were walked in 2019, with a focus on two strips to the north of the North Hill (Fig. 4). Here, some 600m from the northern edge of the ancient city, the density of artefacts was low. Noticeable were large coarse ceramic wares whose fabric and dimensions seem appropriate for water pipes. These fields were on the ridge line running northeast from the site and Robinson had suggested that the line of Olynthos’ water supply followed this ridge, although he was uncertain of its exact path. As in previous years, most of the ceramic material discovered this year dated to the Classical period, although there was also some Byzantine and two small concentrations of Late Roman pottery. Little else demonstrably belonged to other periods.

Fig. 1/ Satellite image showing the locations of the areas excavated by the Olynthos Project during the 2019 season (David Stone) 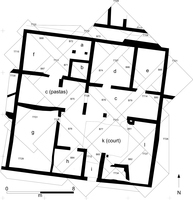 Fig. 2/ Sketch plan of North Hill house Bix 6 at the end of the 2019 season (Filippos Stefanou) Fig. 4/ Satellite image showing the locations of the fields walked in 2019 in relation to those walked in previous years (David Stone)