Vathy, land belonging to S. Cheliotis. Maria Giannopoulou (ΚΣΤ ΕΠΚΑ) reports on the discovery of a small number of late antique finds, 800m SE from the fortified acropolis of Palaiokastro.

In the south section of the plot two worked stones were found, perhaps lintel stones from an adjacent building. At a depth of 0.3-1.2m there were remains of brickwork, which do not continue further N (Fig. 1). Further south in the plot, in an area where post-Roman finds were located, a wall was uncovered running SW and extending to 1.7m. SW of the wall, unpainted pottery of the late Roman period was found and sections of millstone. It is thought that these finds relate to an ancient farmstead in the region of the city of Arsinoe. 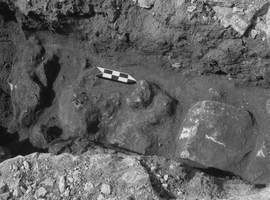 Fig. 1/ Door posts that appear to relate to the building in the adjacent plot