Salamis, 3 Diakos Street. Triadafyllia Kattoula (ΚΣΤ ΕΠΚΑ) reports on the discovery of a geometric period grave, 0.43m below the road surface. The grave was oriented NS, and was 1.80m x 1.30m. The sides of the grave were constructed from semi-worked stones, while the cover was made from unworked poros. Although the preservation of the bones was poor, it is thought that the skeleton was originally laid out and articulated, with the head to the north.

14 complete vessels of the mid Geometric period were found in the grave (Fig. 1). Ten of these were spherical pyxides with stoppers, one miniature oinochoie, two large oinochoes, and one trefoil oinochoe. Two pyxides were found placed east and west of the head, two on the west side of the grave on top of the hands, and one on the east side. The remaining nine vessels were places in the north side of the tomb, north of the skeleton’s feet. Two bronze buckles were found on the shoulders. The depth of the grave was 0.97-1.0m, and the floor covered with pebbles.

Fig. 1/ The south side of the grave 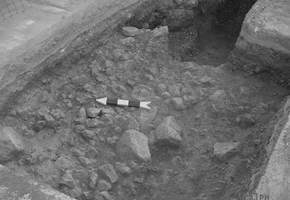 Fig. 2/ The layer of stones and the geometric grave