Key-words
Public building - Temple - Theatre - Residence - Hearth/Kiln/Oven - Lamp - Architectural revetments - Sculpture - Stone - Religious building - Entertainment venue - Hydraulic installation - Public area - Domestic space - Building Type - Find Type - Material Type - Site Type
Type of Operation
Excavation - Research excavation
Institution
Scuola Archeologica Italiana di Atene
Toponym
Gortyn
Linked Record
198819891990199119921993199419951995 (1)1997199920002002200420062006 (1)200720082009201020112011 (1)2011 (2)2011 (3)
Report
Gortyn. Profitis Ilias settlement. N. Allegra (SAIA/Palermo) reports on the 2008 season of excavation in the area N of building I, and in buildings II−V.
Extension of the excavation N of building I, between the alley B11 and the site fence, has identified the N limit of court B12 as a terrace wall of sandstone blocks, partially collapsed into B12, which supported a fill (perhaps an open and paved space). The fill was defined on the E by space B23. In building III, excavation was limited to removal of the alluvial soil in the NW quadrant of the large courtyard B6. The N limit of this court has yet to be defined, nor is its function clear, although it may lead from a porch to the S (space B5), inside which was a circular structure.
In building IV, extension of the excavation N has allowed the identification of 3 new spaces (B20−22), probably all belonging to building IV, with which they share E and W perimeter walls, though as yet no doorways have been found between these spaces and those to the S (B16−17). The N limit of the new spaces has not been reached. In B20, a layer of stone chips covered the remains of structures that delimited a fill of small stones and earth extending N over an abandonment layer of the 7thCt AD. In B21 and B22, the abandonment layer has been reached but not investigated. In the centre of B17 lay a circular structure made from stones set on edge, above which was a cup and other sherds: this was probably a form of eschara.
Excavation was resumed in building V, W of the N-S alley B18, and has better defined the character of this sector, which was inhabited in the 7thCt AD. There is a recurrent pattern of wide courtyards (B12, B6, B19) fronting on the E-W street axis. It is not yet clear if the open spaces relate to individual inhabited units, as seems to be the case for B12 and B18, or if one court may be common to 2 units, as perhaps for B6. An important discovery in space B20 is the first reported structures of a Hel complex buried by abandonment layers from the 7thCt AD.

Building S in the Byz quarter. G.M. Fabrini (SAIA/Macerata) reports on a 2nd season of excavation in the quarter of the Byz houses, in an area occupied by the large S building which faces the W street, and which by virtue of its distinctive plan, structural characteristics and location, should be characterized as a public building. Completion of the sondage in the central area (area 53) allows the precise definition of the various chronological phases of the monument in this part of the city.
In the large central hall, excavation was conducted down to virgin soil, into which were cut the foundations of the perimeter walls. Onto virgin soil was set the foundation for a fine pavement made of slabs of calcarenite: dating of the finds indicates a tpq for the construction of the S building in the last decades of the 4thCt AD. Excavation revealed a later alteration of the N wall to create a doorway linking with the adjoining area (area 50). At an undefined date, there is evidence of the partial ruin of the pavement onto which was set, into the W wall, a small rectangular basin of grey Gortynian marble, in fragile condition. The stratigraphy and preliminary study of the finds combine to suggest that the destruction of area 53 and perhaps of the S building are linked to the earthquake of 670, since there are considerable traces of fire. Quantitative and typological analyses of the mostly well-preserved tiles found in the destruction layer confirm their comparability with those used to roof the area. The homogeneous group consists of cover tiles of types known from Gortyn in the LRom and Byz periods. Among the ceramics discovered are Byz overpainted glazed wares, Byz lamps and late types of African, eastern and local amphorae.
In addition, the surface levels were investigated in areas 59 and 52b. In the latter area, excavation of a mod. ditch revealed part of a pavement, corresponding in elevation to that of the paved level of area 53. The discovery in the fill of this ditch of several sherds of 13thCt sgraffito ware attests to use of the area during the Ven period.

The Hellenistic temple. E. Lippolis (SAIA/Rome) reports on the completion of the excavation of the Hellenistic temple in the insula N of the gymnasium of the praetorium. The building forms part of a monumental display founded both outside and in the SE angle of an insula which was developed to the N of the praetorium complex, in a quarter with a high density of public buildings.
The monumental nymphaeum near the temple was studied, and a new reconstruction proposed. Excavation conducted beside the E anta gave important information about an older building of smaller proportion, perhaps a first nymphaeum, to which a side fountain was added between the 2nd half of the 2nd and the 3rd Ct AD. The temple was shown to have 2 symmetrical pilasters which articulate the internal space of the pronaos, engaged with the side walls. Excavation in the original emplecton produced pottery of the final quarter of the 2nd and the first half of the 1st Ct BC. In the area between the nymphaeum and the temple, a monumental hall was built perhaps at the end of the 1st Ct AD: the robbing trench of the front wall and at least half of a large threshold block of white limestone, resting against the E wall of the sacred building, have been identified. This new building forms a continuum with the S façade of the insula, but is only partially preserved.
For the L Imperial occupation phases, research concentrated on the final phase in the area NE of the public building constructed on top of the temple during the 2nd half of the 4thCt AD. The levels immediately predating the final abandonment were excavated. Under a partial collapse of the upper part of the walling emerged a hearth constructed on a simple clay base with a cooking pot with a lid close by. This was complete but fragmentary, having been suddenly crushed by falling blocks between the 7th and the 8thCt AD.

Theatre of the Pythion. F. Ghedini and J. Bonetto (SAIA/Padua) led a team from the University of Padua in stablizing and consolidating some of the walling of the theatre of the Pythion. Work focused on the lower annular passage where the vaults, which are not completely preserved, were reinforced with wooden props to prevent any possibility of collapse. In the area of the scene building, consolidation was undertaken on the E part of the N enclosing wall which was leaning markedly. Surface clearing was undertaken inside and outside the building, and tree and plant growth, which interfered with the visibility of the building and threatened the structure itself, was removed.

The Byzantine quarter of the Pythion. E. Zanini (SAIA/Siena) reports on the 6th season of research in the so-called Byzantine quarter of the Pythion, which resulted in partial completion of an excavation initiated in 2002. Fieldwork concentrated in the W part of the area, immediately in front of the Temple of Pythian Apollo, where in the course of the 2007 campaign significant remains of a monumental building were discovered, presumably Rom but of uncertain function. The principal objective was to excavate this monument completely, dismantling the overlying remains of the LAntique and EByz periods, with the aim of understanding its original form and its transformation over time until its final disappearance from the urban landscape (Fig. 1). Excavation confirms the hypothesis advanced in 2007 that the building is square in plan with sides of 4.2m, contains a perfectly round interior space accessed via a door in the W side, which faces the Pythion, and has in the centre a large limestone cubic block, perhaps a statue base. From the doorway, one or two steps descend to the floor level. Of the original pavement only the foundation remains in the W half of the space; in the E half there is just beaten earth. Within this space numerous traces of activity were preserved −in particular, more than 35 lamps (many complete), several amphorae necks and jars set into the ground and burnt animal bones. The state of preservation of the building does not at present allow any convincing hypothesis to be developed about its reconstruction, not least because no traces of roof collapse are preserved inside the building. The date of the building is also a matter for conjecture, although the building technique and the lamps together indicate a date probably in the 2nd−3rdCt AD. The excavation also aimed to trace the history of the monument to its abandonment, a course of development characterized by partial despoliation and secondary use which first involved covering the interior with private structures of the LAntique and EByz city and then its final disappearance. In the last of these reuse phases, a wall was built against the N edge of the building, incorporating several sculptural fragments, including a medium-sized marble statue preserving the torso and legs of a male figure partially covered by a chlamys closed by a fibula on the right shoulder. A preliminary identification of the figure is an Apollo of a type similar to that found at the Pythion, although other interpretations cannot be precluded in view of its state of preservation.
Author
Catherine MORGAN
Bibliographic reference(s)
Unpublished field report, Scuola Archeologica Italiana di Atene
Date of creation
2010-03-10 00:00:00
Last modification
2018-08-22 09:24:30
Picture(s) 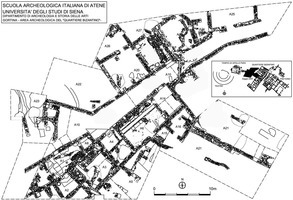 Fig. 1/ Fig. 1. Gortyn: the Byzantine quarter of the Pythion.