Area A is the open slope at the S end of Koutsongila, with a commanding view of the harbour (Fig. 2). Exploration focused on a substantial long wall and a rectangular building, first uncovered in 2007 (Fig. 3). A 6m l. stretch of a massive wall was uncovered, with a foundation of blocks and overlying rubble in irregular courses. Its purpose and date are uncertain, but against its W face is a dense deposit of large E-MRom sherds: thus the wall was constructed no later than the ERom period (1st-2nd Ct AD). Its plan, the associated stratigraphy and the absence of nearby walls all suggest that the structure was neither part of an enclosed building nor served to retain soil. It may have defined a significant space, for example to delimit settlement or trace a precinct. Excavation of the rectangular building (ca. 7.9m x 5.8m) was completed. Three walls on a prominent bedrock outcrop survive. These consist of a few recycled ashlar blocks and dense rubble set in a coarse mortar and finished on the interior with a fine white plaster. The S wall is poorly preserved, but the entrance seems to have been located in the SE corner, where 2 adjacent steps (one paved) were cut into the bedrock. This building had 3 main phases of use from the ERom to EByz periods. In its original form, starting in the 1st Ct AD, it had a circular pit at its centre (ca. 0.91m di. x 0.33m d.) and a low bench or platform along the back (N) wall. The pit might have held a large vessel or basin supported by struts in the manner of a tripod, or it might have been a firepit for a brazier that was later cleaned out. Together with the facing bench, it seems to indicate some ritual activity, such as ablutions or sacrifices. After this, perhaps in the 4th-5th Ct, a series of 5 low, parallel compartments oriented N-S (ca. 0.75-0.85m w.) were made across the middle of the building from strips of mortar and rubble. The presence of numerous human bones, lamps and coins, intermingled by later disturbance, suggests that these compartments contained multiple burials. In the 6th-7th Ct, cist graves (G46-48, G55, G56, G59) were dug around the edges of the dilapidated and plundered building. It is noteworthy that a conspicuous ERom building with a ritual function was converted to funerary use in LAntiquity, as the major cemetery to the N was apparently expanding S toward the harbour.

Area B is the low-lying area near the SE edge of Koutsongila where abundant structural remains were found in 2007 (Fig. 4). Two ERom buildings can be identified, or perhaps one large complex with 2 distinct wings, separated by a narrow passageway. They are situated on roughly the same axis as the complex (probably a seaside villa) which was excavated at the base of the N mole in the 1960s and share many structural features with it. Only the backs of the buildings have so far been excavated, so their size remains unknown, but they might have measured as much as 25-30m front to back, assuming that they extended all the way to the anc. cliff edge. To the N was a large rectangular structure with irregular rubble walls, founded directly onto the bedrock outcrop and paved with uneven terracotta tiles (Fig. 5). Its most distinctive feature is a series of 5 almost conical pits thinly lined with plaster (ca. 0.86m di. and ca. 0.3m d.). These were probably either cuttings for large vessels (pithoi) or bothroi for storage. The pits, together with the overall appearance of the structure, point to a utilitarian or small-scale industrial function, such as a workshop or storage space. The relationship between this building and the one to the S is uncertain, but their proximity suggests that they were linked. The N building seems to have operated during the ERom period, but it remains unclear whether it was first used in the 1st or 2nd Ct. In contrast, the building to the S was opulent (Figs 4,6). The walls were built from a mixture of fine brick masonry and irregular rubble. Fragments of painted plaster and moulded marble revetment in variegated colours and textures (Fig. 7) found throughout the building show that the walls had a decorative finish, while small tesserae in diverse colours come from the paved floor. Three rooms have been excavated. The northernmost is a narrow corridor with a well at the back. This well was filled to a d. of ca. 5m with structural and domestic debris, such as kitchen vessels and animal bones, which was apparently dumped when the building was cleaned after either a period of total disuse or an event of destruction, such as the major earthquake(s) that struck the region in the L4th Ct. To the S is a finely constructed water tank with a lead pipe in the SW corner draining into the 3rd space to the S, which has a central basin surrounded by a channel. The small scale of these hydraulic features, and the frequent presence of kitchen vessels and faunal remains, indicate that this is a private, rather than a large public, bathing facility, within a larger house. It appears to have been built and first used during the E-MRom periods (ca. 1st-3rd Ct), but may also have had a LRom phase.

Area C is located in the heart of the cemetery, W of tombs 3 and 23, where 2 wheelruts and 16 LRom-EByz cist graves had been uncovered. Excavation of the Southwest Building, an ERom above-ground chamber tomb, was completed. This rectangular building (ca. 6.2m x 5.8m) had ashlar foundations set into bedrock and walls of brick in even courses finished with white plaster. Inside, the N wall had a bench cut from bedrock and the S wall a bench built from large slabs. In the middle W area of the floor, which was finished with mortar, cuttings may indicate the presence of altars. The rock-cut cist in the N bench (G50) reveals that the building was used for burial. However, the Southwest Building had collapsed in a single event during the M2nd Ct (or later) before it was filled with burials. The tomb was never rebuilt and the ashlar foundations were robbed,but during LAntiquity (as late as the 6th Ct) simple cist graves were created in the destruction debris and the robbed foundation trenches (G53, G58, G60).
Investigation of the loculi inside tomb 7 was completed. These contained the remains of at least 37 individuals of all ages who had been buried during the L1st-3rd Ct. The numerous funerary artefacts represented types well-known from other tombs on Koutsongila: glass vessels, coins, earrings and finger rings, bone pins and lamps. Since tomb 7 seems to have received less attention from looters than many other chambers on Koutsongila, it will provide especially good evidence for reconstructing funerary rituals.

Important observations derive from these discoveries concerning social structure, topography and settlement history at Rom Kenchreai. First, the wealth implied by decorative art in the buildings of area B, as well as in the richest of the chamber tombs, reflects the great prosperity of local élites. The high quality of the wall-painting, marble sculpture and mosaic paving on Koutsongila compares with the finest instances from Rom Corinth. Moreover, we continue to find artefacts, particularly vessels and coins, that reveal the port’s E connections. Secondly, the small ERom building with a ritual function in area A might indicate the presence of a sanctuary or demarcate the S limit of the cemetery. Thirdly, the above-ground tomb in area C is the first of its type found on Koutsongila. Its situation just W of the wheelruts shows that this main road into the harbour was flanked by impressive tombs. Finally, evidence for burial activity across the ridge until the L6th or 7th Ct proves that the port settlement survived into EByz times, but apparently contracted S toward the harbour.
Author
Catherine MORGAN
Bibliographic reference(s)
Unpublished field report, American School of Classical Studies at Athens
Date of creation
2010-03-11 00:00:00
Last modification
2018-08-22 09:24:30
Picture(s) 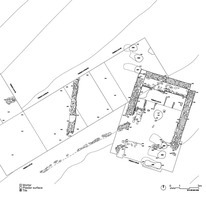 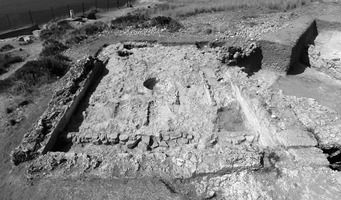 Fig. 3/ Fig. 3. Kenchreai, Koutsongila ridge: building in area A from the northeast. 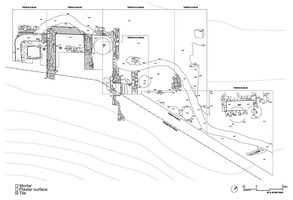 Fig. 5/ Fig. 5. Kenchreai, Koutsongila ridge: north building in area B, from the northwest. 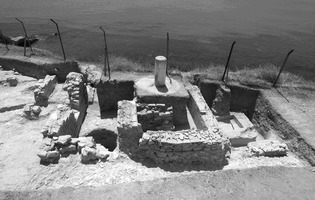 Fig. 6/ Fig. 6. Kenchreai, Koutsongila ridge: south building in area B, from the northwest.