Key-words
Commercial area - Road system/waterway - Hydraulic installation - Pipe/drain - Cistern
Type of Operation
Excavation - Rescue excavation
Institution
Α’ ΕΠΚΑ
Toponym
Plaka
Linked Record
2012
Report
Plaka, Polygnotou 2-4 (property of the Greek Ministry of Culture and Sport). Nikoletta Saraga (Α’ ΕΠΚΑ) and Kleio Tsoga (Α’ ΕΠΚΑ) report on the discovery of antiquities in the basement and ground floor of this listed building. 21 post-Byzantine pithoi were excavated in the basement of the house (Figs 1,2,3) along with an earlier cistern, a well, a drain, part of a wall, and 2 Byzantine and post-Byzantine silos. The wall and drain (Fig. 4), which contained late Hellenistic pottery sherds, are parts of a Roman road running N-S.

Parts of three walls were excavated in the area of the modern stairwell (Fig. 5). The base of a large Ionic column had been used as building material for one of the walls (Fig. 6).

Finally, part of a Byzantine silo and more walls were found on the ground floor of the building (Fig 7). A Doric column capital had been used as building material for one of these walls, which dates to post-Byzantine times (Fig. 8).
Author
Chryssanthi PAPADOPOULOU
Bibliographic reference(s)
ADelt 68 (2013) Chr., 32-36 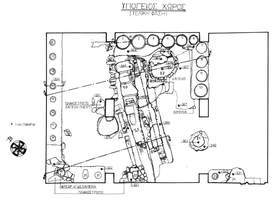 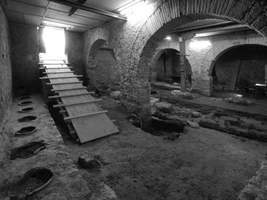 Fig. 2/ Plaka, Polygnotou 2-4, the pithoi in the basement 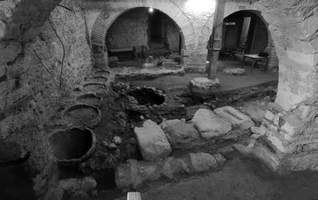 Fig. 3/ Plaka, Polygnotou 2-4, the pithoi and the post-byzantine silo 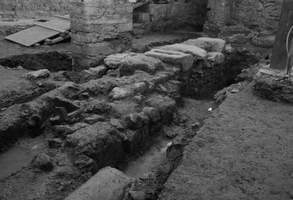 Fig. 4/ Plaka, Polygnotou 2-4, remains of a wall and the drain containing the Hellenistic sherds 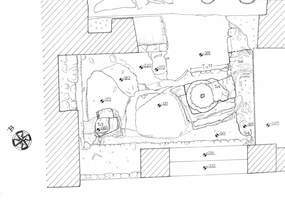 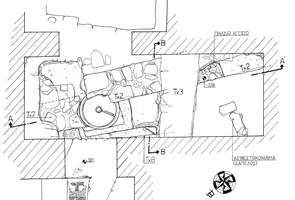 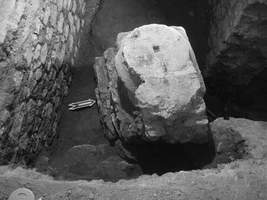