At KM 0+860 (Vathyrema) between the villages Kastoreio and Vordonia, a farmstead and a road N of it were found (Figs 1-2). A central courtyard was found and along its N side there was an elongated room. A circular well was found in the E part of the court, while in the central part two pits containing fragments of pithoi, pottery, and several loom weights were found. In total 9 rooms were arranged around the court, 3 to the E, 3 to the S, 2 to the W, and 1 in the SW corner. Between the court and the W rooms, there are small elongated spaces that might have been stairways.

The street to the N of the building, greatest width 2.8 m with E-W orientation, is made of sandy earth and ground tiles. This was perhaps a secondary artery and used perhaps as access to the farmstead. A quadrilateral space was identified S of the farmstead. In the centre of it, a built construction made of unworked stones was found and exactly to the N of it, a small column of conglomerate stone was found. This space was a late addition to the farmstead.

On the E side of the excavation trench a pit grave covered with schist slabs was found and an adult without grave goods was buried inside with the head to the E/SE. After the removal of the body, a second adult burial was found with the head to the SSE. Inside the farmstead a pithos burial and an urn with burnt bones were found. The perhaps belong to a period after the abandonment of the house. In general the pottery was scarce and dated mainly to the Hellenistic and Roman periods.

Small finds: fragments of glass vessels, a bronze tool (probably an ear-scoop), the torso of a clay figurine of a rider, and also a bronze coin of Laconian issue of the 1st c. BC.

At KM 32+675, a circular kiln was found (Fig. 3-4), mouth to the SW. Inside the kiln, a large quantity of pottery of the Roman period, flat fragments of glass panes, fragments of plaster were found. This shows that perhaps the kiln was used a deposit after it ceased functioning as a kiln. S of the kiln, a channel was found with E/NE-W/SW direction. NW of the kiln, 3 tiles graves were uncovered; 2 were parallel with E-W direction and the 3rd was with N-S direction. In Grave 3, the body had its head to the W and was accompanied by an iron ring. No grave goods were found in Graves 1 (head to the N) and 2 (head to the W). The pottery is mainly of the Roman period and a bronze coin was found close to the channel from the years of the reign of the Emperor Volusian (AD 251-253).

At KM 33+000 (Kyribei Kastoreiou), a farmstead of the late Classical period was found (Fig. 4). The rectangular building complex is orientated NW-SE. Five areas constitute the building. A rectangular space in the central section was the inner courtyard. A destruction layer of tile in the W part of the court and the circular-like stone structure in the middle, perhaps the base of a pilaster or column, show that there was a stoa on the W side of the court. In the E space of the NW section of the building, a continuous corridor of Γ shape, framed the NE room from the S and W, and probably led to a stairway to the 2nd floor of the house. Mud bricks were used for the walls. The spaces were roofed and there are no vestiges of floors, but they were most likely of beaten earth. A hearth was revealed in the centre of the NE rectangular room, while in the rectangular space W of the court, in its W corner, a small grave without grave goods was found containing burnt bones possibly of an infant. To the NW of the building, a layer of tiles and some unworked stones were found. In the E of the building, a layer of earth, gravel and maybe two fragmentary walls and a layer of mudbricks. To the NW of the building there are piles of stones and two walls that are perhaps part of a room that is separate from the building. Remains of 4 walls of an earlier building phase were found below the NNW area of the farmstead. A large quantity of miniature vessels together with some dedicatory votives (little lead wreaths) were found.

The pottery is mainly late Classical, but there are also sherds of the Hellenistic, Classical and Archaic periods. Small finds: bronze ring and fragment of a stamped tile where only the end of the word is extant (….ΒΟΣ). Also a quern and stone grinders, loom weights, some clay figurines, a bronze tool and iron slags, 5 bronze coins (only Coin 1 is in good condition: Laconian issue and late Hellenistic; 48-35 BC; coin 5 is from the Roman period) were found.

At KM 33+030 of the motorway, a debris pit was discovered to the SW of the previous location. It contained unworked stones, fragments of unpainted and black-glazed tiles, and fragments of Archaic, Classical, and Hellenistic vessels, fragments of large pithoi, a few loom weights and figurines, a bronze needle and fibula.

At KM 33+220, building remains of NW-SE orientation were found (Fig. 5). The walls were founded in the bedrock or in artificial fills. A rectangular room was revealed in the NW section of the building. NE of this room there was a large rectangular space that was probably the central space of the building. A layer (floor?) was found in this space made of beaten gravel and small fragments of tiles and pots, mainly kylikes of the Mycenaean period. Three more rooms were found to the NE of the previous spaces, the central one was a storage space.

The pottery from the excavation is generally Mycenaean with a few Archaic sherds.

At KM 2+310, a kiln of square plan of the Roman period was found. Entrance to the E.

At KM 2+180, to the N of the kiln, the remains of a building orientated N-S was found. It had 2 rooms, one of which was probably a cellar. A smaller room was found to the S of it and was roofed. Inside this room and outside to the S, a large number of fragments of clay figurines and miniature vessels were found. The clay figurines depicted female figures, animals, horse-riders, enthroned figures, standing male figures with short chiton and accompanied with an animal. An interesting find is a fragment of a large tablet depicting 2 horsemen (?hunting/battle). Evidence suggests this building had a cult use and it was in use in the Hellenistic and Late Classical period and coins date to the Hellenistic period. 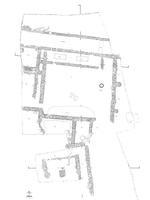 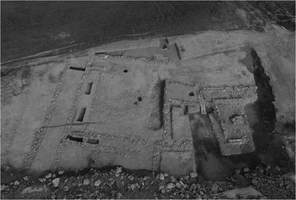 Fig. 2/ Overview of the excavation from W 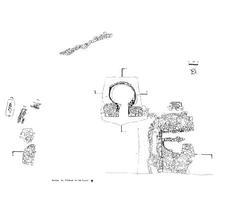 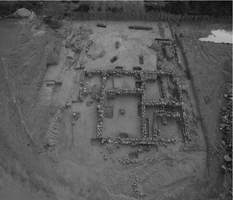 Fig. 4/ Overview of the excavation from E 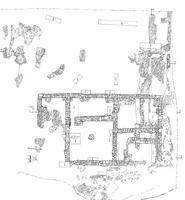 Fig. 5/ Plan of the excavation 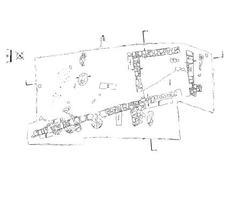