Neapolis, Dimokratias Street (property of G. Salavouta). Afroditi Maltezou (Ε ΕΠΚΑ) reports that architectural remains covered the whole property and are dated from the Hellenistic to Late Roman/Early Byzantine period (Fig 1.). In the W part of the property, part of a bath complex of the Late/Early Byzantine period with 2 building phases close to each other. Niche 2 and Wall 6 belong to the 1st phase. On the N side of Niche 2, an opening was found with 2 stairways descending into a room (Fig. 2). The 2nd building phase of the bath was founded on top of the first and 3 areas have been revealed (Area 1, Area 2, and Niche 1). They constitute the NE section of the bath; the rest continues beyond the excavated property. In Area 1, the inner side of the walls had marble revetments. There were 2 phases in its floor. From Area 1, conical protrusions of tegulae mammatae were recovered. Marble revetments were also collected from the other walls of the spaces of the bath. The floor in these spaces were also made of marble. It is not clear in which part of the bath the excavated area belongs because of the fragmentary nature of the remains. The find of the projections of tegulae mammatae in Area 1 suggest that this is the location of the Caldarium. Niche 1 was one of the bath tubes of the bath and Niche 2 had the same use in the 1st phase.

The ancient road had an E-W orientation and was defined by Wall 11 from the N at some point during its use. It was made with well-beaten sandy earth, gravel, and fragments of tiles. Within the street, a vessel which was used as a shaft for the cleaning of a clay water pipeline made from cylindrical segments and running E-W was found.

In the earlier building phase of the property, dated to the Hellenistic period, part of a building was found in the E part of the property (Fig. 3). The masonry, as well as the size of the revealed section, indicates a huge building. Its W side is made of big worked porous stones. On the inner side of this wall, a fill was discovered containing medium and small unworked stones. To the N of this building, 3 porous stones placed in a line (E-W) and parallel to the building were found. To the N of these blocks, a layer of small stones formed a fill. At the N extent of the excavation, a well-made wall was discovered. A square buttress was found to support the wall at its E point (Fig. 4).

In the E part of the property, destruction layers of building material were found. The soil of the fills above the Hellenistic building was black.

Pottery: mainly Late Roman/Early Byzantine and also pottery of Roman and Hellenistic times was collected. A significant number of lamps were found and show that the bath was used nocturnally (Fig. 5). Fragments of glass vessels and bronze objects were also found. Bronze coins: coin from the reign of Emperor Diocletian (AD 284-305); coin of Constantine II (AD 337-340); bronze coin of Emperor Maximianus (AD 286-305); coin of the years of Constantius II (AD 346-354); 3 coins of the Byzantine period.

Fig. 1/ Overview of the excavation from S 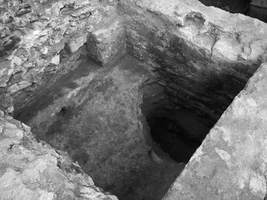 Fig. 2/ Section of the bath that was recorded 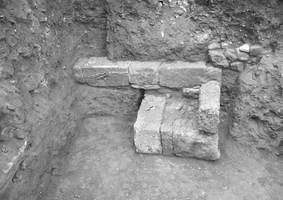 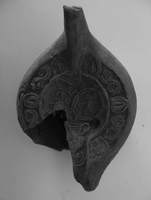