P.O.T.A Romanou Pylias, Costa Navarino-Navarino Dunes. Jörg Rambach (ΛΗ ΕΠΚΑ) reports on continuing work in the early Archaic temple (Fig. 1). In the soil of the 16 baulks that were removed to reveal the temple further, special finds were fine decorated pottery from the Geometric to the Hellenistic periods, many large fragments of antifixes with relief decoration from the roof of the temple, clay female figurines of the Archaic and Classical/Hellenistic period, small lead wreaths, and bronze coins.

An older stone construction at a deeper level was revealed to the NE of the temple. E of this structure, below the fallen tiles of the temple, were layers that contained large quantities of pottery of the Geometric and Archaic periods (Fig. 2). The uncovered remains of the early Archaic temple are the only extant remains from this period in the whole of Messenia.

Settlement of the EH II period: parallel to the work on the temple there were also excavations in the prehistoric settlement (Fig. 3) in trenches ΖΝ31, ΘΝ31, and ΗΝ31. This part of the settlement is a storage space for provisions belonging to one of the settlement’s houses. Several pithoi were found, one of which contains charred grape pips. 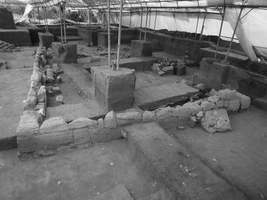 Fig. 1/ View from the E of the temple, after removal of excavation debris 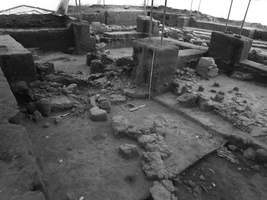 Fig. 2/ NE area of the temple, with evidence of earlier use 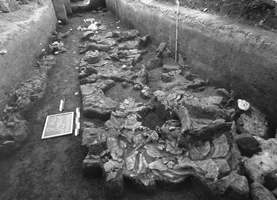