Key-words
Production/extraction site
Type of Operation
Excavation - Rescue excavation
Institution
Δ' ΕΠΚΑ
Toponym
Prosymna Héraion
Linked Record
2009
Report
Argive Heraion, ancient quarry. Christos Piteros (Δ’ΕΠΚΑ) reports on the discovery of an ancient quarry of conglomerate stone known locally as amygdalitis (Figs. 1, 2). Located on the northern slopes of a hill to the west of the Heraion sanctuary in Argos, it covers an area of 60 by 60 m. The front of the main quarry was about 15 m. in width and consisted of stepped surfaces of between 0.90-1.40 m. in height. Quarrying followed the horizontal geological bedding of the bedrock as it is clearly visible on the top of the hill. The quarry is dated to the 5th c. BC, with material used for the construction of the walls of the Heraion Sanctuary but not within the city of Argos.
Author
John BENNET
Bibliographic reference(s)
ADelt 64 (2009) Chr., 281.
Date of creation
2019-08-13 17:53:06
Last modification
2019-08-13 17:54:14
Picture(s) 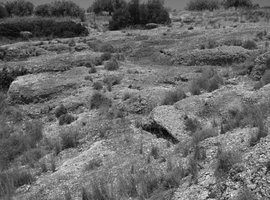 Fig. 1/ Argive Heraion, ancient quarry: View of the quarry from the S. 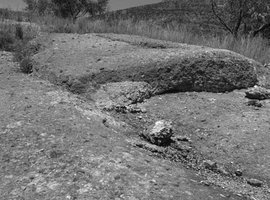