P.O.T.A Romanou Pylias, Costa Navarino-Navarino Dunes. Jörg Rambach (ΛΗ ΕΠΚΑ) reports on continuing rescue excavations alongside the work to create the Costa Navarino golf course, Navarino Dunes. On 13/01/2010 an EHII wall and traces of a destroyed kiln (?) were uncovered. In situ there were plenty of tiles of the Classical and Hellenistic period inside burnt soils and ashes, as well as remains of a pit with clay lining. About 2 m west of these discoveries, two other points of interest with the foundations of EHII walls were found on 15/01/2010. Later the same day 5 more places with EHII ceramics were located.

At the eastern edge of the P.O.T.A. Romanos area, a Hellenistic farmhouse was excavated. Research focused on the outside of the North side of the building, where a slightly elevated platform was located at a distance of about 5 m from the northern wall and running along it. N of this, a large number of fragmentary Hellenistic ceramics were collected (fig. 1). Another deep and extensive deposit was identified and investigated outside the NW corner of the farmhouse, which contained mainly ceramics, Hellenistic pottery and some unworked stones.

On 10/03/2010 ancient building remains were found. A limited investigative excavation was conducted that uncovered a large section of a rectangular building with foundations of unworked stones (fig. 2). The orientation of the building that consists of at least 2 internal spaces is S/SW-N/NE. The NW corner of the building is preserved, the W long wall to a length of at least 5 m, the N wall to 1m, and an inner wall to 3.5 m. Cleaning of the walls and their immediate surrounds yielded one series of tiles and very few sherds, including a section from the lip of a kylix and the stem of another kylix. The pottery probably dates the building to the Mycenaean Age, but precise dating will follow systematic excavation. 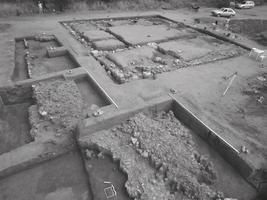 Fig. 1/ Accumulation of tiles and pottery outside the northern side of the Hellenistic farmhouse (view from NE)