Archaia Epidauros (Property of D. Verdelis). Christos Piteros (Δ’ΕΠΚΑ) reports on excavations on a section of large baths S of the harbour of Archaia (Palaia) Epidauros and north of the Nisi acropolis, a small section of which is preserved above ground and has been incorporated into a farmhouse (Fig. 1). On the south side of the bath (E-W) a section of a large underground stoa (cryptoporticus) was discovered. The baths extend (E-W) along the entire length of the property (approx. 60 m) and their width is estimated at about 30 m. (N-S). It is thus far the largest bath-building uncovered in Epidauros. 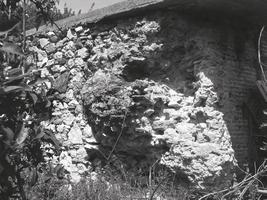