Messene. P. Themelis (ASA) reports on continued excavations at the site of ancient Messene (Fig. 1). Investigation of the interior of the underground pi-shaped vaulted stoa and the S part of the Sanctuary of Isis revealed 8 underground halls of over 6m height and varying width in 2 parallel rows with a total extent of over 50m. Their ceilings had collapsed and were covered with earth and decaying undergrowth. One hall was fully excavated (Fig. 2): length 5.50m, width 5.60m, depth 6.50m; a second (Figσ 3-4), partially excavated: length 9m, width 5.60m. The halls communicated with each other by means of tall arched doorways 4m high and 1.60m wide. The excavator hypothesises that the main entrance to the complex was on the W end into the first hall, where an arched entrance 4.50m wide was noted, suggesting a large group entering the space at the same time. The walls were of unworked stone and lime mortar, while their interiors were plastered. The date assigned is the 2nd to 1st c. BC.

The complex partially excavated in 2017 is part of the secret stoa which defines the Sanctuary of Isis. A structure was also discovered at ground level, parallel with the interior of the underground stoa, onto which its windows looked (Fig. 5). In the excavation fill were found architectural members from the nearby theatre: sculptures and inscribed marble tablets, one of which bore the inscription:

Excavation in 2015 had revealed 2 mosaic floors in a complex west of the Theatre, which the excavator identified with the residence of the local bishop. Extension of excavation here revealed a rectangular paved impluvium (κατάκλυστρον), an indication of the building’s luxury (Fig. 6). Among the portable finds were: an abacus with 5 lines and 2 semi-circles, inscribed below with arithmetical signs on the acrophonic principle and a pedestal for a bronze statue with the dedicatory inscription (dated to the 2nd or 1st c. BC): Καλλίαν Ευθυδάμου ο δάμος ανέθηκε.
Author
John BENNET
Bibliographic reference(s)
Ergon (2017), 16-20.
Date of creation
2018-10-03 16:54:39
Last modification
2021-05-24 21:29:20
Picture(s) 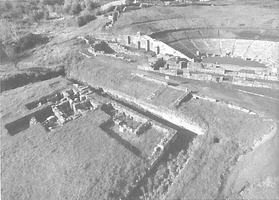 Fig. 1/ Messene: view of the northern part of the sacred enclosure of Isis. Fig. 2/ Messene: detail of the interior of the first hall. Fig. 3/ Messene: the east wall of the second hall. 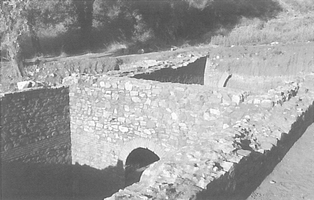 Fig. 4/ Messene: view of the first and second halls from the northwest. 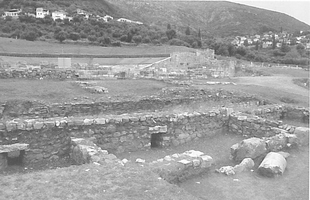 Fig. 6/ Messene: the impluvium from the north.