Thouria, Ellenika. X. Arapogianni (ASA) reports on excavation of the theatre of ancient Thouria (Fig. 1). The theatre faces W, over the Messenian valley. The N supporting wall of the cavea, which also formed a side of the parodos was uncovered, with buttresses to hold back the earth behind it; it is visible for 12m in length and 3.70m in height. The purpose of parts of other strong walls revealed in contact with the supporting wall will become clear when fully uncovered. Clear evidence that this constituted remains of a theatre was the uncovering of a part of the circular orchestra and the discovery of the first row of seats in their original position. The following also came to light: part of the obligatory rainwater drainage channel around the orchestra and the beginning of a stair to the upper part of the theatre. The monument has sustained considerable damage through natural and human causes. To the extent it is possible to determine before its full excavation, it appears to date to the 3rd c. BC. 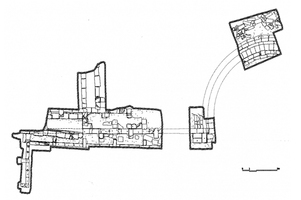 Fig. 1/ Thouria, Ellenika, Theatre: plan of the uncovered parts of the theatre.