In the Agora area remains of a late antique baths were uncovered above the north stoa (Fig. 1) and, further east, the ruins of a small church of 13th century AD date, with tombs around it. The peristyle of the meat market and its stoa were restored (Fig. 2) as well as the geometric mosaic in the peristyle (Fig. 3).

Reinvestigation of the dining hall (deipnisterion) revealed that in the Roman period the rooms with clay tiles extended to the south and the complex was used for workshops, particularly for glass-working. The Doric colonnade of the east side of the dining hall was partially restored and it was possible to assemble part of the entablature: epistyle, triglyphs and metopes, and simas carved together with the edging tiles (Fig. 4).

In the later (3rd to 4th c. AD) complex west of the theatre, the mosaic floor of the large hall with the inscription ΠΑΡΑΜΟΝΟΣ ΑΝΑΓΝΩΣΤΗΣ ΕΠΟΙΗΣΕ was restored (Fig. 5). North of this hall, another was uncovered, also with mosaic floor with geometric decoration and the inscription ΘΕΟΔΟΥΛΟΣ ΕΠΙΣΚΟΠΟΣ ΠΟΙΕΙ. The excavator believes that the whole complex had a religious purpose, an early church.

Excavation also happened south of the theatre in the sanctuary of Isis and Serapis along the north side of the underground tile-covered crypt. A group of rooms of the late Roman period was uncovered with built benches and water cisterns associated with the mystery rites that took place there.
Author
John BENNET
Bibliographic reference(s)
Ergon (2015), 13-16.
Date of creation
2017-07-19 00:00:00
Last modification
2021-05-24 21:28:18
Picture(s) 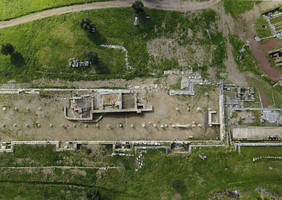 Fig. 1/ Messene: remains of the baths above the north stoa. 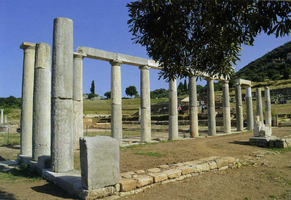 Fig. 2/ Messene: view of the stoa of the meat market from the southeast.

Fig. 3/ Messene: mosaic floor in the peristyle of the meat market (restored drawing). 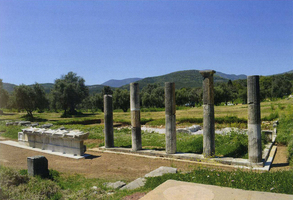 Fig. 4/ Messene: the entablature of the stoa of the dining hall.

Fig. 5/ Messene: mosaic floor in the hall of the reader.