Another structure uncovered in the Agora is the dining hall (deipnisterion), where worshippers of Messana, queen of the land of Messene, who had been deified, dined (Fig. 3). The goddess’ temple lies close to the building, to the east. The dining hall was constructed in the Hellenistic period and had a Doric colonnade on its east side (Fig. 4). It was used for other purposes in later periods and was destroyed in the earthquake of AD 365 without being reconstructed.

Work began in the hall of symposia in the rich house west of the theatre, whose floors bore mosaics, including one with a maker’s inscription uncovered in 2013. In another room of the house a hoard of bronze coins of Constantius II was found, dating to AD 351-361, when the house was abandoned. The floor of this room too bore a decorative mosaic with maker’s inscription: ΘΕΟΔΟΥΛΟΣ ΕΠΙΣΚΟ<Ι>ΠΟΣ (Ε)ΠΟΙΕΙ.

In a hall north of the narthex of the early Christian basilica in the area of the theatre were revealed – in secondary use - stone benches of a Hellenistic exedra and a throne from the theatre. Fig. 1/ Messene: view of the north stoa of the Agora from the east. 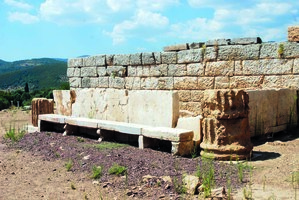 Fig. 2/ Messene: the speaking platform with its bench after restoration.

Fig. 3/ Messene: plan of the building in the Agora (deipnisterion). Fig. 4/ Messene: view of the two rooms of the dining hall from the west. 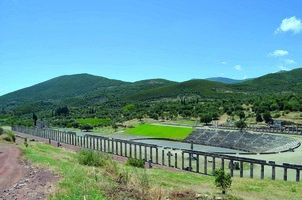 Fig. 5/ Messene: view of the restored east stoa of the gymnasium. 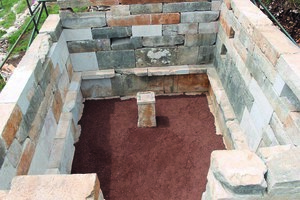 Fig. 6/ Messene: the interior of the sanctuary of Eleithyia with the base for the cult statue of the goddess after restoration.