Key-words
Pipe/drain - Numismatics - Cemetery - Find Type - Site Type
Type of Operation
Excavation - Rescue excavation
Institution
B’ ΕΠΚΑ
Toponym
Acharnes, Acharnae, Menidi
Linked Record
2010
Report
Acharnes, Lathea B’, Esperidon 9 and Trempesinas (O.T. 40 property of M. Zachariadi). Dora Georgousopoulou (B’ ΕΠΚΑ) reports on the discovery of four walls forming a rectangular structure, a terracotta drain and three burials (Figs. 1, 2). The first burial was found outside the rectangular structure and the other two inside it. The one outside was a tile grave, which contained a skeleton in supine position. Of those found inside the structure, the first was a secondary inhumation, which contained two skulls and bones (Fig. 3), and the second a cremation in a pointed amphora (Fig. 4). Numerous Roman sherds (black-glazed and undecorated ones) and a bronze hoop were found around the amphora.
Author
Chryssanthi PAPADOPOULOU
Bibliographic reference(s)
ADelt 65 (2010) Chr., 280-282
Date of creation
2017-07-14 00:00:00
Last modification
2018-08-22 09:24:50
Picture(s) 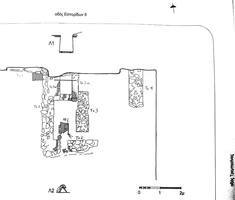 Fig. 3/ Acharnes, Lathea B’, Esperidon 9 and Trempesinas, one of the graves from inside the structure. 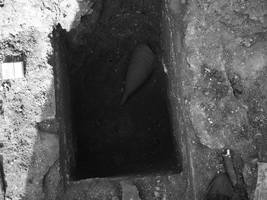