Key-words
Numismatics - Lamp - Production/extraction site - Find Type - Site Type
Type of Operation
Excavation - Rescue excavation
Institution
B’ ΕΠΚΑ
Toponym
Argyroupolis
Linked Record
2009
Report
Agyroupoli, Vouliagmenis and Thermopylon St., Alimos Metro Station. Anthi Ntova (B’ ΕΠΚΑ) reports on the discovery of a Classical textile-dyeing workshop (Fig. 1). Most structures were rock-cut and only some had additional rubble walls. The excavated structures include i) numerous rock-cut pits and drains leading to the pits, ii) rectangular washeries (Fig. 2), iii) 3 rock-cut wells, iv) 1 rectangular cistern, v) numerous postholes attesting to temporary structures and vi) a rectangular building measuring 6.50x5.50 (Fig. 3). The area was identified as a textile-dyeing workshop on the basis of the large quantities of loom weights (more than 100) and spindle whorls excavated. These finds also attest to textiles being produced as well as dyed in this workshop. The actual dyes were not found but numerous grinding tools were excavated attesting to the preparation of the materials.
The rectangular building (Fig. 3) consisted of a prothalamos with a well, a central, stone-paved room, and a smaller room that contained another well. The latter room could have been a later addition. A large, carefully-constructed wall ran parallel to the building, and a ritual pyre was found adjacent to this wall (Fig. 4). The pyre contained numerous, 4th c. B.C., miniature vessels (lopades, cook-pots, plates, a pyxis with a lid, a stone alabastron and an unguentarium) and could have been an enkainion associated either with the construction of the wall or with the construction of the aforementioned, smaller, subsequently-added room. Numerous loom weights and coins, two of which were silver, were found in the building. The latter is interpreted as a storeroom for textiles or the place where textiles were woven or a residential building.
Small finds from the area include coarse ware sherds, plain ware sherds, black-glazed sherds most of which belong to drinking vessels such as skyphoi (Fig. 5), kylikes and kantharoi, few red-figure sherds, lamps (Fig. 6), and a few coins, two of which are Athenian, fourth-century, silver tetradrachms (Fig. 7).
The workshop belonged to the deme of Euonymos.
The excavation was conducted by E. Oikonomidou and K. Savvakis under the supervision of the author of this report. The finds were conserved by D. Tiligada.
See also ID5265 and ID4946.
Author
Chryssanthi PAPADOPOULOU
Bibliographic reference(s)
ADelt 65 (2010) Chr., 252-256
Date of creation
2017-07-14 00:00:00
Last modification
2018-08-22 09:24:50
Picture(s) 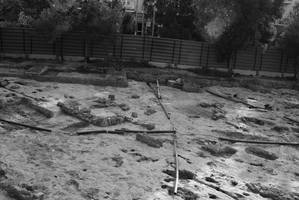 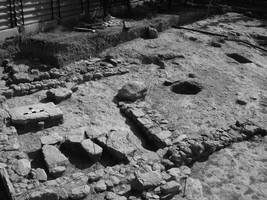 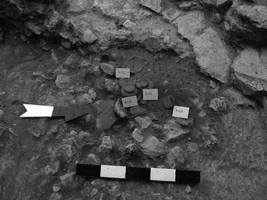 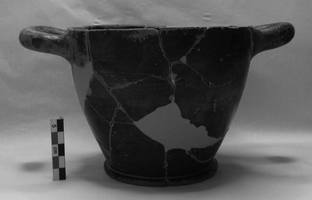 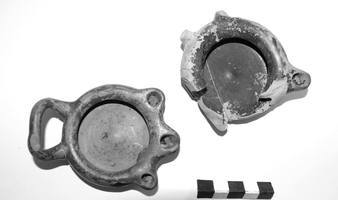