Key-words
Well - Hearth/Kiln/Oven - Domestic space - Production/extraction site - Territory - Road system/waterway - Find Type - Site Type
Type of Operation
Excavation - Rescue excavation
Institution
B’ ΕΠΚΑ
Toponym
Paiania, Liopesi
Linked Record
2009
Report
Paiania, Paianias-Spaton 40 (AKA Aghiou Thoma St.). Eleni Andrikou (B’ ΕΠΚΑ) reports on excavations during the expansion of the road. In total 15 trenches were dug on both sides of the modern road.
South side of the road
Trench 1: A Classical road was excavated.
Trench 2: A rectangular, rock-cut pit serving as a deposit was revealed. It was filled with small stones, pottery sherds and fragments from animal figurines dating from the 6th to the 4th centuries B.C.
Trench 3: A Byzantine ceramic workshop was excavated. A kiln, walls, pits, drains and a well were found. Finds from the area include fragments from ceramic wheels and tripods. The area appears to have also been in use in the Classical and Hellenistic periods, since relevant pottery sherds were also found. The well had been constructed with reused building materials including epistyles and pillars.
Trench 4: A Byzantine farmstead was excavated with two phases of occupation (the first in the 5th–7th centuries A.D. and the second in the 12th-13th centuries A.D.). 4 tile-built pithoi, 2 circular pits (one of which containing slags and the other pottery sherds), a drain and a cairn were found. The farmstead appears to have had storage and workshop facilities.
Trench 5: A rubble wall was found and identified as either a retaining or a boundary wall. A Hellenistic, black-glazed phiale and pottery sherds were excavated from this area.
Trench 6: 2 walls were excavated. The area between the walls was filled with small stones. Additional finds from the area include black-glazed pottery sherds, a pointed amphora and few Late Byzantine sherds.
Trench 7: An ancient road with an E/SE-W/NW direction was excavated for a length of 16 metres. 2 concentrations of vessels were found at its north and east side. The first included a skyphos, a saltcellar and a lekanis and the second a skyphos, a kotyle and a black-figure lekythos. In addition, a wall and a cairn were found. Nine circular areas filled with reddish sediment and small stones were found below the cairn. Numerous EH sherds, and obsidian flakes and blades were excavated from the same layer with the aforementioned circular areas.
Nothing was found in Trench 8.
Trench 11: The corner of a Byzantine building was excavated. NE of this, the remains of a Neolithic settlement were found. These include the foundations, floors and postholes for huts as well as pottery, obsidian cores and chips, and a seashell.
Trench 12: Part of a Byzantine farmstead was found. It could be associated with the remains in Trench 11.
Trench 13: A rubble wall was excavated and identified as a boundary wall. Finds from the area include Hellenistic pottery sherds.
North side of the road
Trench 9: A pit containing stones, coarse ware sherds and a quern was excavated.
Trench 10: A 23 m. stretch of an ancient road with a NE-SW orientation was excavated.
Trench 14: A rock-cut pit was found containing traces of firing, 2 querns and 3 large weights. In addition, a pit, 2 walls and a cairn were found. Finds from the area include plain ware sherds, and few black-glazed and red-glazed sherds dating in the 4th-3rd c. B.C. The area is identified as a workshop.
Trench 15: 2 cairns and a well were found. A drain leads to the aforementioned well (Fig. 1).
The excavation was conducted by E. Salavoura, O. Peperaki, B. Argiti and D. Spyropoulou.
Author
Chryssanthi PAPADOPOULOU
Bibliographic reference(s)
ADelt 65 (2010) Chr., 247-250
Date of creation
2017-07-14 00:00:00
Last modification
2018-08-22 09:24:50
Picture(s) 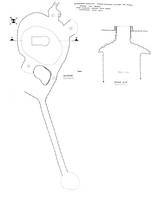 Fig. 1/ Paiania, Paianias-Spaton 40 (AKA Aghiou Thoma St.), ground and side plans of the well.